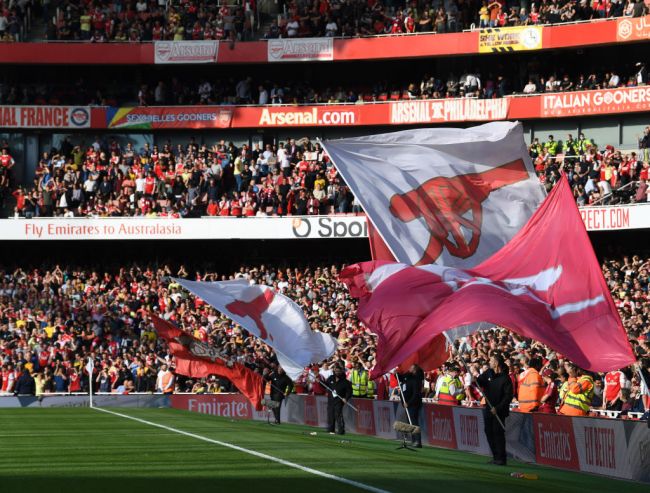 A father decided to take his autistic son to the Emirates Stadium to take in the Arsenal – Leeds Carabao Cup fixture on Tuesday night. It marked the son’s first-ever live soccer match.

The Gunners walked away with a 2-0 win, but the father-son duo almost missed out on witnessing it until the club stepped in with an incredible gesture.

Dave, the father of the son, shared the story about their experience at the Emirates on Tuesday. His son was fired up to take in the game, as was Dave himself. A little mid-week father-son trip to watch Arsenal sounded great.

Last night I took my son to Arsenal for his first match. He was buzzing all day for it. I wasn’t sure if it he’d ever go as he has autism. Once we were in the ground he struggled with about 50,000 people shouting and was having a hard time. Halfway through the 1st half >

With the loud crowd noise, Dave’s son had seemingly had enough at about the midway point in the first half.

Seeing that his son wasn’t getting used to the noise, he decided it was time for them to leave. A steward saw them exiting the stadium, stopped them, and asked why they were leaving early. After explaining the situation, the steward then contacted someone else on staff and Dave and his son were being directed to the club level.

On the club level, Arsenal has a sensory room where Dave and his son could comfortably take in the rest of the match.

club level. They’ve got a sensory room there where we could watch the rest of the match. The bloke running the room, Luke Howard, was fantastic with everyone in there & between him & the stewards that helped, turned the night into a great memory. Thank you @Arsenal

On Wednesday morning, after seeing Dave’s tweets about their experience, Arsenal tweeted a picture of Luke saying that he loved meeting the father-son pair.

We are so glad we were able to help you and your son last night, Dave. It’s our pleasure.

At Arsenal, we are incredibly proud of our sensory room and Luke absolutely loved meeting you guys! 👋❤️ pic.twitter.com/xpbjblSvy8

According to Arsenal’s official website, the club opened its Sensory Room and Sensory Sensitive viewing room in September of 2017. The room is available for every fixture across all competition at the Emirates with tickets available on request without charge from the Arsenal DLT.

“The facility incorporates a match viewing room which has measures in place to create a safe, calm and comfortable environment with reduced sensory stimuli to experience matches as well as a separate Sensory Room which comprises of a range of specialist equipment which supporters can transition between as needed, all managed by specially appointed staff.”

Many stadiums around the globe now have sensory rooms available. Bridgestone Arena, home of the Nashville Predators, is just one of the latest facilities to introduce a new sensory room.