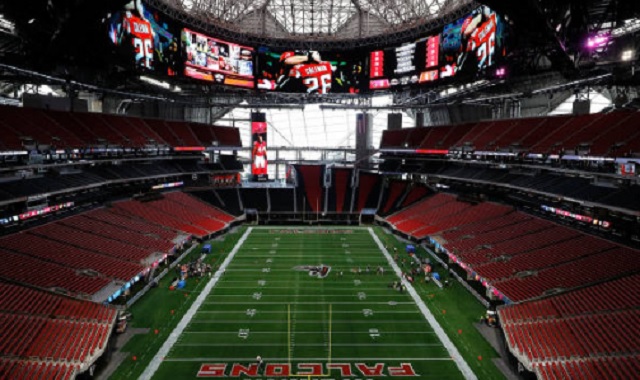 Atlanta Falcons are getting their very own Chick-fil-A inside of their shiny new state-of-art stadium, but unfortunately the fast food chain is going to keep it’s longstanding tradition of being closed on Sunday, which means, there will be no delicious chicken sandwiches on game day.

Zaxby's now the official chicken of the Falcons. That doesn't mean Chick Fil-A isn't in the new stadium. It is closed on Sundays, however. pic.twitter.com/TfCIa3rz5T

Chick-fil-A has been closed on Sundays since 1946 as directed by founder Truett Cathy.

“Our founder, Truett Cathy, made the decision to close on Sundays in 1946 when he opened his first restaurant in Hapeville, Georgia. Having worked seven days a week in restaurants open 24 hours, Truett saw the importance of closing on Sundays so that he and his employees could set aside one day to rest and worship if they choose – a practice we uphold today.”

The only day the Chick-fil-A inside the Mercedez Benz stadium will be open, is on December 7, when the Falcons host the Saints on Thursday night.