Atlanta Falcons Wide Receiver Has A Shocking Prediction For Next Season 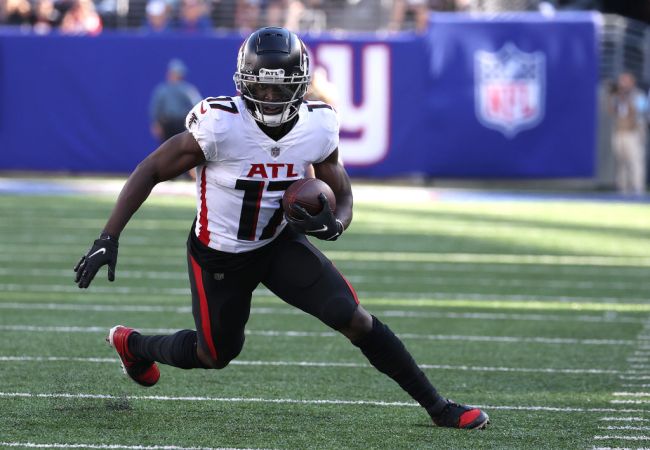 It has been a few years since Atlanta Falcons fans have really had anything to look forward to. The team hasn’t made the playoffs in recent seasons and now they begun undergoing major changes.

Star receiver Calvin Ridley reportedly wants to be traded and is currently suspended for gambling of a Falcons game. The team traded Matt Ryan to the Colts this offseason. They also lost Russell Gage to free agency.

They have begun replacing these players, drafting Drake London and Desmond Ridder and signing Marcus Mariota. However, it’s difficult to see any of those moves turning last season’s 7-10 roster into a playoff team.

Despite that, the Falcons have one player who believes the Falcons are ready to shock people.

Cover 9@9: WR Olamide Zaccheaus on #Falcons: ‘We can shock a lot of people’ https://t.co/cwDbNI6EOv

Wide receiver Olamide Zaccheaus believes that the team could be a playoff team next season.

“I feel like we’re a playoff team. We just (have) to put everything together. Really start fast at the beginning of the season and not get into a hole. I just feel like as a team, we can shock a lot of people.”

You always expect players to be optimistic about their teams, but it’s really difficult to see how the Falcons become a playoff team next season. They’ve suffered downgrades at quarterback and receiver. Their team is full of holes on both sides of the ball. Their division also likely won’t do them many favors.

Maybe Mariota and London can help revitalize an offense that left a lot to be desired last season, but it’s difficult to picture the Falcons in the playoffs next season.