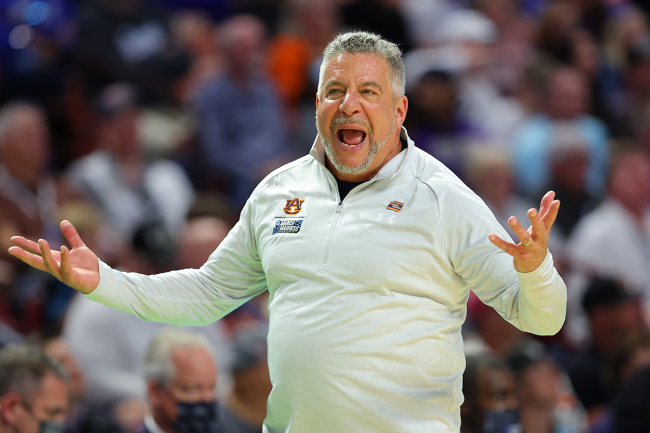 Marlene Navor is Auburn University’s Director of Communications for Men’s Basketball, but she did not adhere to her head coach’s communication. She chose to ignore Bruce Pearl’s warning and found out the hard way that farting in the Dead Sea is painful.

The Tigers, who are currently in the middle of an overseas preseason tour, are spending a few weeks in Israel. Pearl is Jewish and has spoken a lot about how Judaism has shaped his career.

As a result, the Birthright For College Basketball Tour is about something bigger than just a game. While Auburn will play three games against three different Israeli national teams, the team is also taking time to explore the country and its history— much of which is tied to religion.

Spent the morning in Bethlehem before our game today! #WarEagle pic.twitter.com/9S9eCa2nXv

Part of the trip also included a stop at the Dead Sea. Prior to boarding the plane, Pearl made sure to advise his team not to fart while taking a swim in one of the world’s saltiest bodies of water.

Based on the video of the Tigers going for a swim — or, rather, a float — it seems as though most of them listened to his warning. Pearl’s appearance is pure gold.

They were all smiling, so it seems like they held their farts while in the water. Otherwise they would not have been as joyful.

Because of the amount of salt in the water, releasing flatulence while submerged in the Dead Sea is painful.

Just ask Navor. She posted a video on Twitter that served as a public service announcement. Seemingly based on experience from testing the theory, she made it very clear that Pearl was right to warn his players not to fart in the Dead Sea.

Lesson learned. DO NOT FART IN THE DEAD SEA.