Auburn Fans Are Livid At Gonzaga Basketball For Listing Themselves As The No. 1 Team 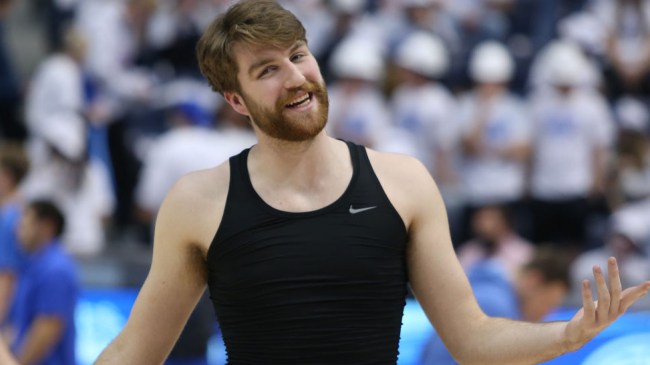 The Auburn Tigers have been ranked at the top of the AP Poll for each of the last two weeks, jumping out to a 22-1 start to the season. That includes a perfect 10-0 mark in SEC play, as the Tigers have taken down the likes of Alabama, Florida, LSU, and Kentucky.

Auburn is much deserving of the status as college basketball’s top team as they’ve gotten to this point despite playing one of the more difficult schedules in the country. The team’s only loss came way back in November, a double overtime defeat to UConn.

Since that loss, Auburn has ripped off 19 consecutive victories.

So, you can expect Tiger fans to be a bit testy when that No. 1 ranking is questioned. And that’s just what happened over the weekend following a win by the nation’s No. 2 team, Gonzaga.

The Bulldogs social media team slyly listed both the AP Poll ranking AND their Coaches Poll standing. While most consider the AP Poll to be more popular, the Coaches Poll currently has the two teams flipped, putting Gonzaga at the top.

The 2/1 ranking caused quite a stir among Auburn supporters, and they took to Twitter to voice their opinion of who’s more deserving of the No. 1 ranking.

The 2/1 ranking beside Gonzaga rubs me the wrong way https://t.co/p6FGXn3I3m

Lmfao 2/1 imagine being this lame https://t.co/nD6PYMbMqI

No shot they list their ranking that way https://t.co/yFhLqT1N8i

Did Auburn break college basketball?? Are these blue bloods always so insanely petty/fragile/annoying? What is happening? https://t.co/cvh6zyLjdz

You can expect fans to back their teams, even if a bit biased. It’s not the first time that Auburn supporters have been upset with the rankings this year, and it probably won’t be the last. Postseason seeding is right around the corner.

We’ll have to see if the Tigers can hang on to this No. 1 ranking through March. If so, fans will continue pounding their chests for the respect of the college basketball world.