Auburn Basketball Is Not No. 1 For The First Time Ever Because Of One Voter And Tigers Fans Are BIG Mad 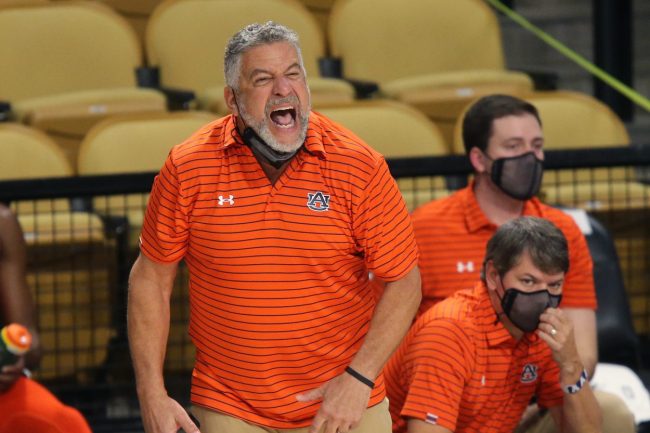 Auburn fans are NOT happy with Kansas City Star reporter Jesse Newell. The University of Kansas football and basketball beat writer is the reason that the Tigers are not ranked No. 1 in the AP Poll basketball rankings and he has caused quite the scene.

At 16-1, Auburn basketball is ranked No. 1 in the AP Poll by a very thin margin behind Gonzaga, which has two losses.

The AP poll has updated — and Gonzaga is the new No. 1 despite Auburn getting 11 more first-place votes than the Zags.

So it’s close — but this suggests too many voters have Auburn lower than its body of work deserves.

Should the Tigers reach No. 1 at any point this season, or in future years, it would mark the first time that the program received the top ranking in its history. This week’s poll probably should have been the one.

However, Newell ranked them as No. 9, which kept them from having a 1 next to their name. He was the only AP voter that didn’t rank Auburn in the Top 4. Had he done so, the Tigers would be ranked first.

Auburn isn't No. 1 in the AP poll mostly because @jessenewell voted the Tigers 9th.

It's his ballot. I'll let him defend it.

But if he'd merely put Auburn in the top 4 like 59 of the 60 other AP voters did, the Tigers would now be No. 1 for the first time in school history. https://t.co/AULebuFOZD

In fact, Newell DROPPED Auburn in his rankings after the Tigers beat a ranked Alabama team in a hostile environment and then took care of Ole Miss on the road. Here is what his ballot looks like: 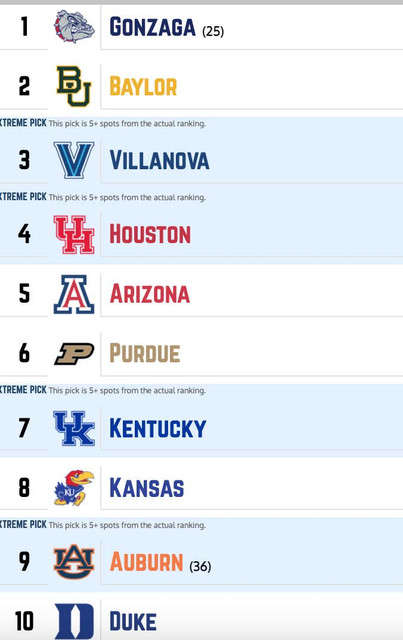 This is not the first time that something like this has played out with Newell and Auburn. Back in 2020, he was the only voter to leave the Tigers completely off of his ballot. Meanwhile, the rest of the AP Poll voters ranked Auburn high enough to have them reach the No. 11 spot despite Newell’s snub.

Why does this happen? Does Newell just hate Auburn?

(Author’s note: As an Ole Miss grad who has a very significant dislike for Auburn, the Tigers are the best team in the country right now. Anyone who thinks otherwise, like Newell, is wrong.)

Instead of using his eyes, Newell uses a ridiculous system of numbers.

When it comes to his ballot, he uses five predictive rankings: Pomeroy rankings, Torvik rankings, Sagarin, Team Rankings, and Basketball Power Index. Thus, his ballot is actually not his ballot. It is number-generated nonsense.

“I look at the numbers every single week,” he said to AL.com in 2020. “People want me to be more human with my poll, so what I do is I study those rankings. I figure out which ones have been the best over time. I take the ones that are more reliable and parse out the ones I trust and the ones I don’t. I put it all in there. What these numbers are doing aren’t basing teams off wins or lose, they are judging teams based on every single possession.”

Why would the best team in the country not be based on wins and losses? Well, Auburn fans are looking for that answer themselves. They are BIG mad at Newell and, if you don’t know anything about their fanbase, they are relentless.

I don’t think you understand what you’ve started. pic.twitter.com/YhF0MngO3g

As a result, Newell’s mentions on Twitter are an absolute dumpster fire. And rightfully so.

You obviously do not watch basketball so why do you get to have an opinion pic.twitter.com/EYG9CHyKsB

Thank goodness that voter-decided polls ultimately don’t mean anything. Imagine if Newell had a say in the national champion? Yikes.