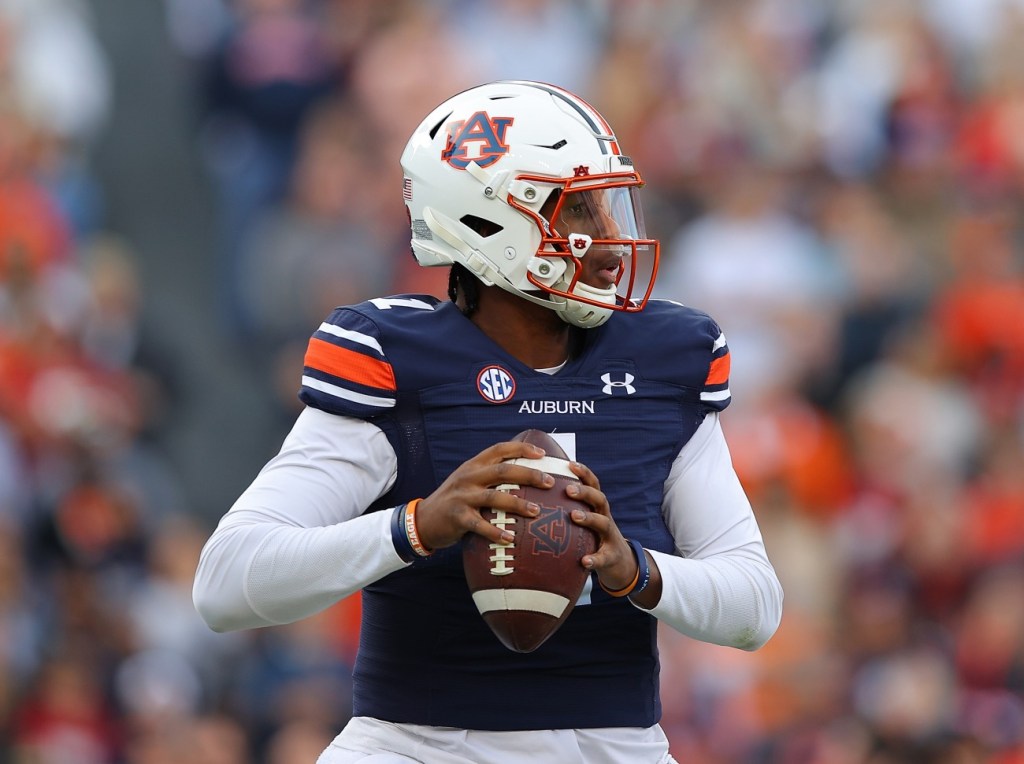 Auburn Football players reported to camp today but quarterback T.J. Finley won’t be running drills with his teammates because he’s reportedly been arrested for trying to ‘evade’ police. Finley is a highly touted quarterback who transferred to Auburn from LSU in May 2021 and sought to factor in to Auburn’s plans this season and now this throws a question mark over his season.

Al.com reporter Tom Green was first to break this story. According to his tweets, T.J. Finley was apparently riding a moped without a helmet and the police tried to pull him over for this late Thursday morning and that’s when Finley apparently put the pedal to the metal. He would later turn himself into officers and was booked into the Lee County Detention Facility and charged with ‘attempt to elude police’.

I'm told this stems from a traffic violation for failure to wear a helmet while riding a moped https://t.co/u2wd6x3MwI

Was also told that T.J. Finley turned himself into police late this morning after being informed there was a warrant issued.

What would’ve happened if he just stopped for the police?

In the state of Alabama, all motorcyclists (including mopeds) must wear a helmet. Failure to do so can result in a $100 fine and a maximum penalty of jail or hard labor of up to 180 days but most likely it would’ve been a tiny ticket and they would have sent him on his way.

There are no exceptions to the Code of Alabama Section 32-12-41 that defines what the required headwear is. If you’re riding a moped or motorcycle, you absolutely need to be wearing a helmet. But the fine can be as small as $1. A single dollar! Instead, T.J. Finley reportedly saw the inside of a detention facility after trying to run from the police.

It is a ticket unless you run

Apparently, he did get away. That’s why they had to issue a warrant. Had they caught him, there would be no need to turn himself in.

This is certainly an interesting aspect of this…

Auburn QB TJ Finley is officially the first college football player to sign an NIL deal with Amazon, per @FOS.

The partnership will be with Amazon Fashion to sell custom merch. pic.twitter.com/9WJEfmUnep

Don’t run from the police. Ever. Just don’t do it. You put everyone on the road at risk including yourself. Pull over and be responsible. Wear a helmet. And if you’re star Auburn quarterback T.J. Finely, DEFINITELY wear a helmet because you are precious cargo for millions of fans…