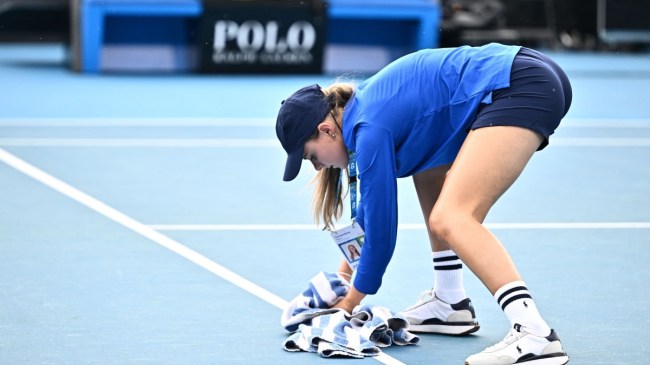 It would be so much fun to be a ball boy at a big tennis tournament like the Australian Open. Getting to be that up close and personal with professional athletes, and interacting with them WHILE they’re competing for a championship, is something you can’t find anywhere else, more or less.

But, news has come out that has tennis fans in a frenzy over the ball boys and how they’re treated. Frankly, I was also shocked.

According to the New York Post, the ball boys are unpaid!

Controversy erupted at the Australian Open earlier in the week when fans discovered the ballkids are not being paid for their services.

Around 2,500 kids apply to be ballkids every year, with less than one in five of them actually successful.

Those who do make the cut are then working under strict conditions and under torrid weather conditions that Melbourne throws up in January.

Social media users were aghast at the discovery that instead of receiving monetary compensation, the youngsters are instead given freebies and effectively work for the love of the game and the experience that comes with it.

But calls continue to grow for the Australian Open to open its expansive wallet and pony up for the kids who sometimes cop the wrath of angry stars.

It went on to say…

In comparison to the Australian Open, ballkids working at the US Open are paid $15 per hour while at Wimbledon they’re given a flat rate of $242 per week.

Journalist Justin Smith led his voice to the call for change and for the Australian Open to revert back to 2008 when they were paid before being reclassified as volunteers.

“Are we in a Dickens novel or something? Come on. Pay the kids,” Smith said on Channel 7.

“I’m shocked that they didn’t pay them. I think it devalues them appallingly. They should start forking out as soon as possible … I really do, it’s devaluing them.”