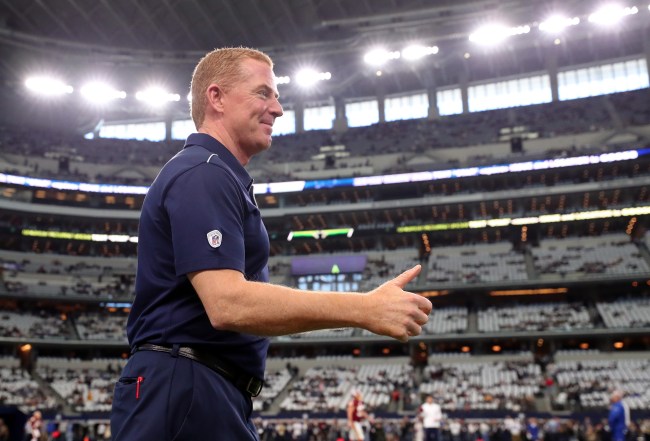 Jason Garrett’s decade-long tenure as head coach of the Dallas Cowboys has officially ended this week. And while the majority of Cowboys fans applaud the decision and Dez Bryant needlessly cheap shots his former coach on his way out the door, former Cowboys quarterback and current radio broadcaster Babe Laufenberg reminded us of Jason Garrett, the human being.

As news broke about the official firing of Jason Garrett, Babe Laufenberg revealed to the world that during the most difficult time of his life, his friend was by his side.

Laufenberg’s 21-year-old son, Luke, passed away this past August after being diagnosed with Burkitt, a rare form of leukemia, in late 2017. Babe claims that Garrett, after working insane hours, would consistently drop by unannounced to spend time with the Texas A&M walk-on.

We can debate ad nauseam the merits of Jason Garrett’s coaching tenure with the Cowboys. Here is what I know- after working 14–16 hour days, he showed up late at night, unannounced, for the last 3 days of Luke’s life. That is what I know. pic.twitter.com/HeZMs0tK6j

Upon hearing of Luke’s death in August, Garrett became visibly emotional discussing the impact Luke had on his life.

In speaking with NBC on Tuesday, Babe Laufenberg reflected about a side of the former Cowboys coach that isn’t thrust into the mainstream.

“There’s two sides to this. There’s the coach side, which everyone is entitled to their opinion on that. But, as a human side, there is no finer human being in my book than Jason Garrett.”

Here’s what I know, my son was granted a wish to be with the Dallas Cowboys via @MakeAWish and Coach Garrett spent over 45 minutes visiting with him despite his busy schedule and made my son feel extremely special. Coach couldn’t have been more warm and genuine.

Lifelong Washington sports fan here, I ran into him on a film shoot at Princeton about five years ago while he was doing his summer football camp. We were both busy, but he took the time to chat for a minute and snap a picture. Class act for sure. pic.twitter.com/vQhu0WNnzR

I will never forget the story JG told about Luke at the service after. Luke's in the hospital, talking about untalented guys who really weren't good but who made it. He looks at Garrett & says, "Like you!"