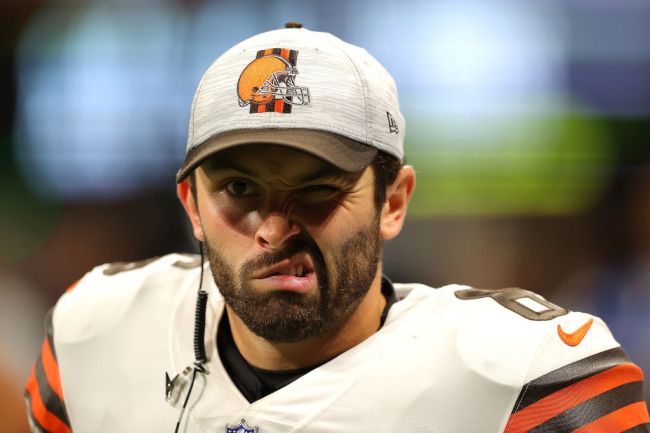 Baker Mayfield is ready for his fourth season under center for the Cleveland Browns which is just another opportunity to prove all of his haters and doubters wrong.

The 26-year-old is coming off of his best season going 11-5 as a starter a year ago to go along with 26 touchdowns and just eight interceptions. Mayfield also led the Browns to their first playoff win since 1994. You’d think that would be enough to silence the critics out there, but that hasn’t been the case.

Mayfield was sure to shout out all of his haters out there in a new hype video he shared to Instagram ahead of the Browns’ season opener against the Chiefs. Colin Cowherd saying Mayfield isn’t a top-six QB in the league led off the video, which isn’t a surprise given their history with one another.

After a few clips from the haters, the video turns into a montage of Mayfield just doing Mayfield things, which will have Browns fans ready to run through a wall.

Mayfield is one of those guys in the NFL that’s easy to hate if we’re being honest.

First and foremost he’s a quarterback and a quarterback on a historically awful team. He hasn’t let that effect the massive chip on his shoulder ever since the Browns called his name in the 2018 NFL Draft. You either like the guy, or you don’t, but you’ve got to respect what he did a season ago silencing his critics. He’s clearly looking to do that again this season and push the Browns into serious contender status in the AFC.