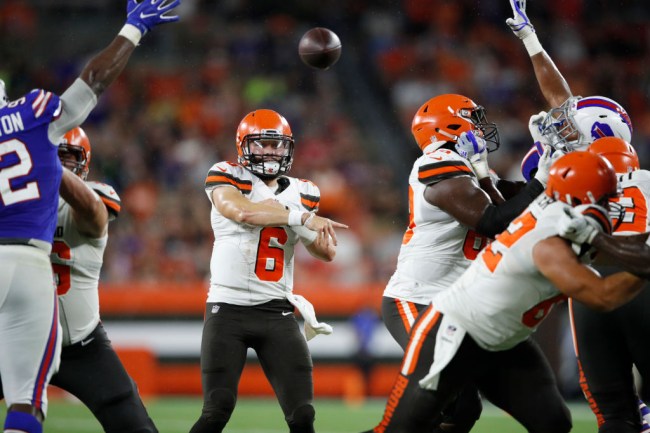 The Nissan Heisman House is back for the now underway college football season and I can almost hear the leaves crackling and feel the pumpkin beer sitting awfully in my stomach.

Baker Mayfield is the newest member of the house, which includes college football legends like Charles Woodson and Bo Jackson, and the fiery Browns QB knows he’ll have to figuratively urinate all over the house to mark his territory and assert his dominance.

Check out how Baker announced his presence at the house, to the detriment of Marcus Mariota.

For the two of you who didn’t get the joke, Mayfield is paying tribute to Oklahoma’s 31-16 win over Ohio State last September. Mayfield threw 386 yards and three touchdowns and was feeling himself so much that after the game he planted the Oklahoma flag on the Ohio State logo at midfield.

Baker likely won’t see many snaps this season but I doubt that’ll stop him from making some A+ content.