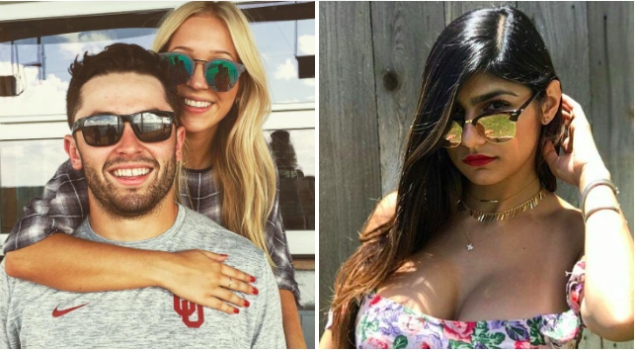 Chad Kelly. Wilson Contrares. Duke Williams. And Chad Kelly again. That is just a short list of the athletes who have been shamed by Mia Khalifa for their attempts to woo her. She has even gone as far to say that there is only one dude she has positively responded to via a DM, that lucky fuck remains unnamed.

Or so she thought (DUN DUN DAHHHH).

Nah. I got my girl, I'm pretty lucky to have somebody like her in my life too.

Getting curved is a part of life #boomer pic.twitter.com/LJnAnqJyP9

Hey, at least you can save Mia’s come on for the spank bank.