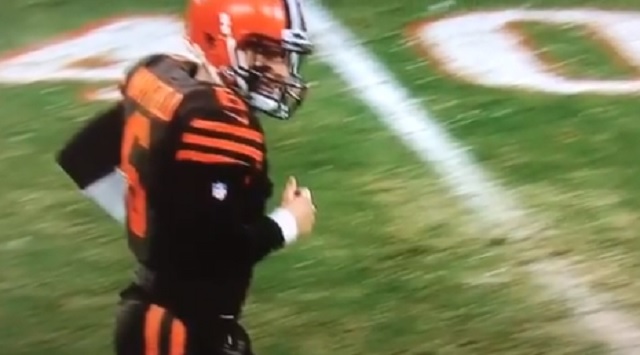 Last month , the Browns star QB called out his former coach Hue Jackson for joining the rivals Bengals after getting fired by the Browns.

He Left Cleveland goes to Cincinatti, I don’t know someone that was in our locker room that was asking us to play for him then goes to a different team that plays us twice a year everyone can have their spin on it,that’s how I feel

At the end of today’s Bengals-Browns game, Mayfield gave his former coach the stink eye while jogging off the field.

Baker is so petty and I love it.