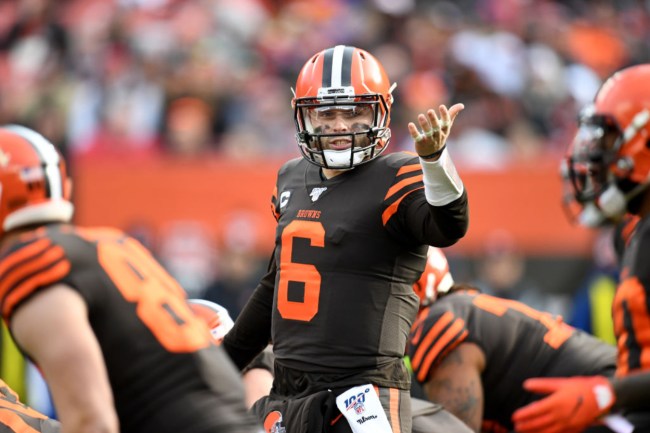 It’s a matter of when, not if, the Cleveland Browns part ways with quarterback Baker Mayfield. The Browns could elect to cut him, but the most likely scenario is them trading him away to a franchise in need of a starting QB.

With Cleveland trading for Deshaun Watson, it doesn’t need Mayfield, nor his contract, on the books. Mayfield reportedly wanted to be dealt to the Indianapolis Colts, but after they traded for Matt Ryan, his list of potential suitors shrunk.

As it stands right now, the Seattle Seahawks and Carolina Panthers make the most sense for Mayfield, which is what NFL insider Ian Rapoport believes as well. However, the Browns may need to do some finagling with his contract in order to make a deal happen.

“What’s probably going to happen is [the Browns] eat a bunch of salary and trade him somewhere where he’s a starter,” Rapoport told ‘The Pat McAfee Show.’ “[The Seahawks] like Baker, but the contract is a problem, so I’m having trouble gauging how much interest there is.”

“The Browns are going to have to eat some of that salary and I think he ends up with the Seahawks or Panthers,” Rapoport continued.

What happens with Baker Mayfield??

"The Browns are gonna have to eat some of that salary & I think he ends up with the Seahawks or Panthers" ~@RapSheet#PMSLive pic.twitter.com/RGdd1XZT4o

Mayfield’s current contract has him making an average annual salary of just over $8 million. That’s a tough pill to swallow for some teams given the uncertainties of where Mayfield’s overall game and health is after an injury-plagued 2021.

Nevertheless, Mayfield is going to be on a team’s roster not named the Cleveland Browns very soon it seems.