The Ball Family Put Alan Foster On Blast After Breaking Their Silence On The $2.5 Million Lawsuit He Filed Against Them 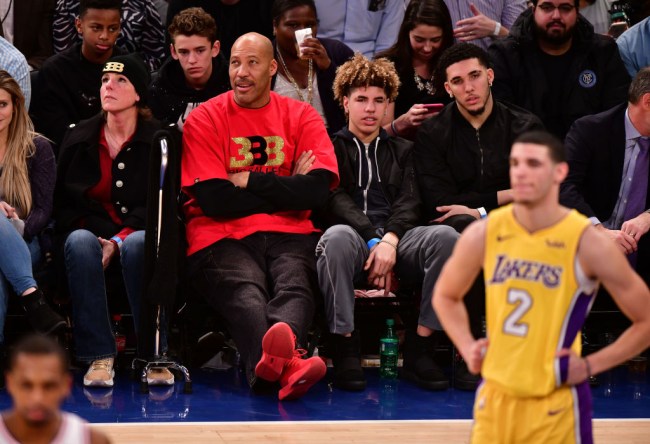 It’s kind of hard to know if LaVar Ball legitimately thought Big Baller Brand would change the apparel game or if he was trolling everyone when he decided to sell an unproven player’s signature shoe for $495, but if it was the former, it’s safe to say things didn’t exactly pan out as planned.

It’s unclear who’s exactly to blame for the failure of BBB, but if you were to ask Lonzo, I’m assuming he would point the finger at Alan Foster, his former business partner who allegedly stole $1.5 million from him after his mother suffered a stroke.

The Balls would eventually file a lawsuit against Foster, and a couple of months later, we learned that the FBI was looking into the matter.

However, this week, Foster decided to file a countersuit in which he accused LaVar of exploiting his kids and misappropriating company money to fund his lifestyle.

Now, the Balls have fired back with a statement and they did not hold back.

Here’s what they had to say via ESPN’s Ramona Shelburne:

“Alan Foster’s claims are not only unfounded and devoid of any truth, but are an egregious attempt to turn the attention away from the millions of dollars that he embezzled from the Ball Family and the Ball Family Business.

Not only will LaVar Ball and his family continue to vigorously pursue their civil action against Foster seeking civil damages, but will also continue to cooperate with law enforcement in order to seek justice for his egregious actions.

Alan Foster is a convicted felon and is currently being investigated by the FBI. He has served seven years in jail for fraud and has a deep criminal past defrauding those who have placed their trust in him.

The Ball family are all united in relentlessly pursuing Foster for his grave injustices, and will always fight to protect the respected Ball family name, despite Foster’s futile attempt to defile it.”

Of course, you kind of have to wonder why the Balls decided to associate with a convicted felon in the first place but I guess only time will tell if he’ll have another charge added to his rap sheet.