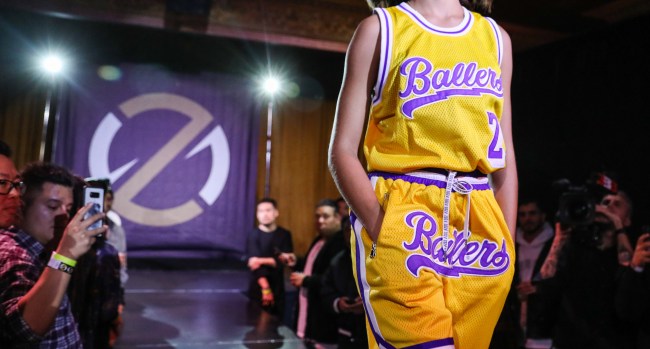 In Lonzo’s lawsuit, Ball alleges that Foster created and participated in a “fraudulent scheme” to divert money from BBB and funnel it into his own personal accounts to the tune of more than $2 million.

The suit also claims that Foster threatened to spread false information to the public about the Ball family.

Now, according to the Los Angeles Times, Foster is being investigated by the FBI based on the allegations included in the Lonzo Ball-Big Baller Brand lawsuit.

In the lawsuit, the Balls claim they were unaware of Foster having previously served more than five years in federal prison after pleasding guilty to mail fraud and money laundering as part of his alleged role in a ponzi scheme that bilked 75 investors out of $3.735 million. In 2009, Foster violated the terms of his probation and went back to prison for five months.

Shortly after his release, he met the Ball family. LaVar and wife Tina were raising their three sons to be dominant basketball players. Lonzo, the oldest, was 12. In the years that followed, he and brothers LaMelo and LiAngelo became national sensations, their on-the-court exploits exploding over social media, leading to tens of thousands of followers.

Big Baller Brand launched just before Lonzo’s one and only season playing for UCLA, and the company became exponentially more popular as he prepared for the NBA draft. The openings of its pop-up shops drew hundreds, mostly young people.

In the lawsuit, it is alleged that Foster convinced Lonzo that he should help grow Big Baller Brand rather than sign a lucrative deal with an established apparel company as most of the best NBA prospects do. Top draft picks can net millions of dollars in such deals, but Lonzo and his father chose a different route.

Foster also encouraged Lonzo to refuse to workout for any team other than the Lakers, according to a person familiar with their communications.

One law enforcement source said the FBI opened their investigation of Foster at least two months ago and that the Ball family is cooperating with federal investigators.