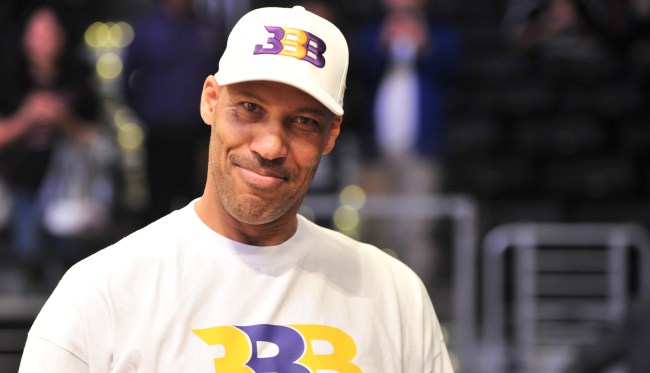 True to his word, despite the ongoing controversy, LaVar Ball did hold his Big Baller Brand High School All-American Game on Sunday in Las Vegas.

And, after making his first public comments about his Big Baller Brand’s future last week to 98.5 KLUC, Ball once again addressed all of the drama surrounding his brand in a very lowkey speech to the sparse crowd at his All-American game.

Following his son Lonzo recently hinting that he would be moving to Nike and covering up his Big Baller Brand tattoo, LaVar made it sound like he still had faith in the brand.

“The Big Baller show never stops,” LaVar told the assembled crowd in a much more subdued manner than usual.

Later, during the game, LaVar revealed that his youngest son LaMelo would be yet again playing basketball professionally.

LaMelo, who was snubbed by the McDonald’s High School All-American Game, returned to high school basketball this past season after playing professionally in Lithuania with his brother LiAngelo in 2018.

“He’s definitely going overseas,” Ball told the announcers in an interview at Sunday’s game. “Either Australia or China.”

Check out some highlights from the BBB game below…