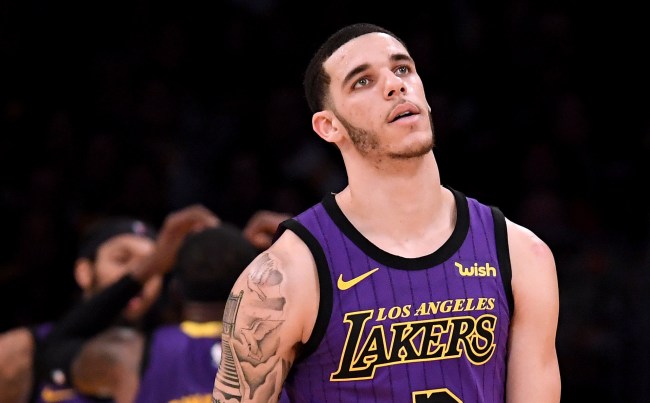 LaVar Ball’s Big Baller Brand has been going through some serious drama as of late. Hard to believe, I know, but it’s true.

Apparently, one of the company’s co-founders, a man named Alan Foster, allegedly ripped off the Big Baller Brand to the tune of somewhere around $1.5 million.

Word on the street last week was that LaVar was shutting the whole company down, which was fueled by the fact that his three sons and faces of the franchise, Lonzo, LiAngelo, and LaMelo all scrubbed their social media accounts of any mention of Big Baller Brand.

Lonzo, who plays for the Lakers, even went so far as to cover up his Big Baller Brand tattoo with a pair of dice – something LaVar claims he is totally cool with his son doing.

However, the brand is NOT dead, according to LaVar.

“The Big Baller show never stops,” he told the sparse crowd in a speech at the Big Baller Brand High School All-American Game.

And now, TMZ Sports has gotten its hands on a lawsuit filed in Los Angeles on Tuesday filed by Lonzo Ball against company co-founder Alan Foster.

In the lawsuit, Ball alleges that Foster created and participated in a “fraudulent scheme” to divert money from BBB and funnel it into his own personal accounts.

Ball claims Foster intentionally got close to his family knowing he was one of the best basketball players in the country and would likely go on to make millions in the NBA.

The Balls also claim they had no knowledge of Foster’s checkered past … and that he spent several years in federal prison in the early 2000s for his alleged role in a ponzi scheme.

Ball claims Foster began conspiring against them shortly after his release.

Lonzo also states in the suit that Foster, when confronted, threatened to spread false information to the public about the Ball family.

He is seeking in excess of $2 million.