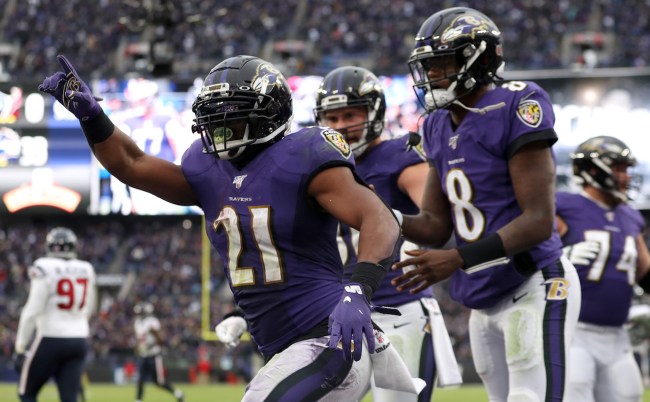 Prior to the beginning of the season, the questions surrounding the Baltimore Ravens were aplenty.

Despite winning the AFC North with a 10-6 record, there were not only questions surrounding Lamar Jackson’s development as a quarterback, but questions about whether or not Super Bowl-winning head coach John Harbaugh would be around for much longer.

As we all now know, the Ravens have answered those questions and then some. Not only does Baltimore sit atop the AFC with an 11-2 record, but Lamar Jackson has played like an MVP candidate and the team has looked downright unstoppable at times. In fact, heading into the home stretch of the 2019 NFL season, the Ravens are currently overwhelming betting favorites to win the Super Bowl (they currently sit at +195, while the second biggest favorite — the Saints — currently sit at +500).

Following their somewhat surprising world beating season, the Ravens are certainly getting the respect they deserve, as Jackson is not only the front runner to win the Most Valuable Player award, but the team tied an NFL record by having 12 (!) players voted to the Pro Bowl.

Ravens are sending 12 players to the Pro Bowl.

Tied for the most ever.

On track for the #1 overall seed in the AFC Playoffs — which would give them a massive home-field advantage — the Ravens close out their epic 2019 campaign with a trip to Cleveland to take on the Browns in Week 16 and a home game against their bitter rivals, the Pittsburgh Steelers, in Week 17.