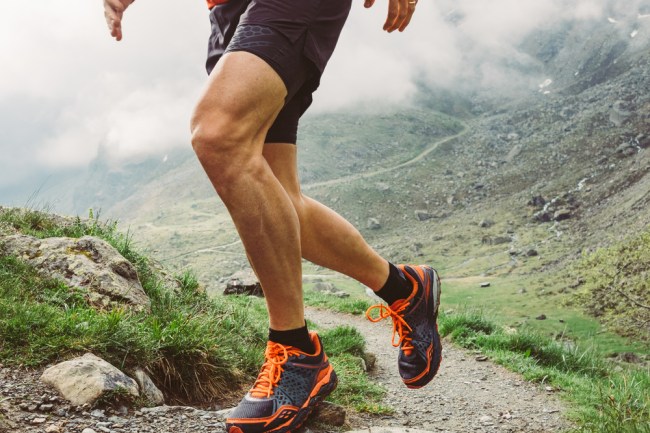 The 2018 Barkley Marathons are officially over and not a single competitor finished the race this year. If the name ‘Barkley Marathons’ sounds familiar then there’s a good chance you’ve either seen the documentary The Barkley Marathons: The Race That Eats Its Young or you’re embedded in the running community somehow.

What makes the Barkley Marathons so insane? Chris Chavez of Sports Illustrated explains why this is the most grueling ultramarathon on the planet:

Runners have 60 hours to complete five laps of about 20-miles for a total 100-mile distance that also includes about 60,000 feet of elevation gain through woods, creeks and mountains in Tennessee’s Frozen Head State Park.
The race has its own peculiar quirks. It is limited to 40 runners through a secretive race registration process that includes a $1.60 entry fee and requires runners to bring a license plate from their home state or country. There is no prize money for winners or finishers. There’s no official start time but it can go off at any time from midnight to noon on the designated race day. A conch is sounded to signal one-hour until the start and then the race begins when a cigarette is lit by race director Gary Cantrell. (via)

So, to recap, in order to complete the Barkley Marathons you must run ~100 miles in 60 hours with 60,000 feet of elevation changes through the woods of Tennessee across creeks and over mountains. And there’s no prize money at the end if you finish the race. As you can imagine, with a 100-mile/60 hour limit a lot of the running is at night in pitch black woods up and down mountains. Sounds pretty safe, eh?

There’s also no way for athletes to truly train for this race because the course changes every single year and runners are given maps of the course at various checkpoints throughout the race to ensure that the mapped out course is never known in advance. Competitors are also given new racing numbers during each lap of the race and there are no aid stations throughout the course. The swapping out of numbers is to protect against cheating but the lack of aid stations just seems cruel.

Here’s Canada’s Gary Robbins tapping out after he was unable to finish his third lap in time to complete the 100-mile race:

According to Sports Illustrated, there was a single finisher last year and he managed to complete the course with just SIX seconds to spare before the 60-hour time had elapsed.

If you’ve got 22 minutes to watch a YouTube video here’s a fascinating clip that breaks down what makes the Barkley Marathons the most insane ultramarathon on the planet: