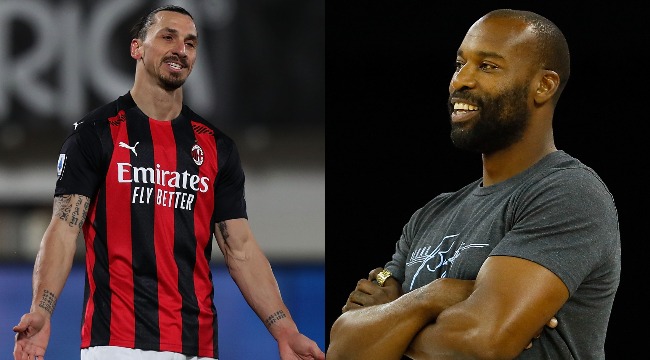 So by now you’ve heard about international soccer superstar Zlatan Ibrahimovic beating the Shut Up And Dribble drum in criticizing LeBron James for failing to be a basketball robot.

“LeBron is phenomenal at what he’s doing, but I don’t like when people have some kind of status, they go and do politics at the same time what they’re doing. do what you’re good at.”

And to think, just a couple years ago, Zlatan was welcoming LeBron to his city of Los Angeles, where he served as a self-appointed deity.

Now LA has a God and a King!
Zlatan welcomes @KingJames pic.twitter.com/4gYooOpURD

Zlatan grew up in Sweden—a country that has been voted the Best Country in the World by newest edition of the Good Country Index for its transcendent healthcare and education infrastructure—so he may not be aware of this very important fact:

How many times can Anthony Weiner show us his penis before we overrun the system? We’re currently at, like, 12.

In any event, former NBA superstar-turned-entrepreneur may have had the most scathing review of Zlatan’s assessment…

Zlatan stay yo ass out of LA. Galaxy suck anyway. And you dumb as hell. Take that stolen Zoohan look and give it back to Sandler.

Zlatan of course joined the L.A. Galaxy for a cup of coffee in 2018 and two years later he was gone, with no hardward to show for it.

I came, I saw, I conquered. Thank you @lagalaxy for making me feel alive again. To the Galaxy fans – you wanted Zlatan, I gave you Zlatan. You are welcome. The story continues…Now go back to watch baseball pic.twitter.com/kkL6B6dJBr

Don’t mess with the zohan is Adam sandler at his best pic.twitter.com/BKEMIa0dQN

In this house, we respect a precisely-targeted zinger. B-Diddy +1.