Baron Davis Is A Masterclass In Post-Career Prosperity 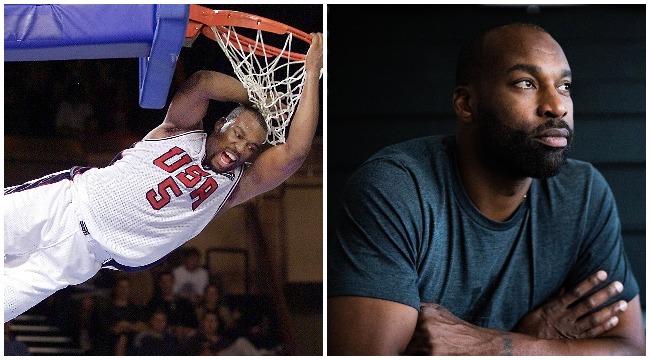 According a 2013 Gallup poll, one-third of Americans claimed they would quit their jobs immediately upon hitting the lottery. No two weeks notice. No send-off luncheon. Just poof, like Dufresne from Shawshank.

In his 13-year NBA career, the former All-Star solidified himself as one of the leagues top salary earners in league history, securing over $117 million in career earnings. For perspective, that dwarfs the salary haul of Hakeem, The Glove, Karl Malone, Reggie Miller, and what’s his face? Ah yes, Mike Jordan.

If this is astounding to you, please consider that he also backed up the Brinks truck himself, serving as his own agent to Jerry Maguire deals from several NBA organizations.

But instead of moving to the coast of France and hiring someone to spoon-feed him caviar until his final days, B-Diddy parlayed his success into serial-entrepreneurship, best known for his early investment in VitaminWater, a company that ultimately achieved unicorn-status, and Overtime, Kitu Super Coffee, and Sleeper.

Davis has continued to bet on himself through grit and creativity through Business Inside the Game (“B.I.G”), a platform that gives athletes and superstars a voice to communicate directly with their fans, Sports and Lifestyle in Culture (“SLiC”), an innovative digital sports platform focusing on Sports, Lifestyle and Culture, and Black Santa Company, a merch and story-telling initiative dedicated to celebrating diversity and shifting the lens on traditional androgynous tropes.

"I didn’t have an exit strategy, so I used my imagination to take me out of a lot of hard places." – Baron Davis

How the former NBA All-Star has built a “second career” as a storyteller, paving the way for other pro athletes: https://t.co/7E7r7aA0gf#CU360 #Business pic.twitter.com/hjf0X5U9Fk

Baron joined our Endless Hustle Podcast this week to talk about his latest passion project, an investment in the college savings startup UNest. Growing up in a low-income household in South Central, L.A., attending college was a pipe-dream to most people without a jump shot and supreme bounce.

And with 35 percent of all parents nationwide failing to save for their childrens’ college in any way, Baron and UNest are dedicated to paving the way for households who want to secure a future for their kids but don’t want to shell out a vital organ for financial advisors.

The math speaks for itself. Over 18 years, a UNest user will save $26,000 when compared to working with an advisor.

“When I was young…my grandfather would take the change out of his pocket and put it on the desk before he went to sleep,” Baron said. “I would sit there and line up the pennies, nickels, and dimes. I remember him telling me that if I can count it, I could keep it and put it in my piggy bank. I still do that to this day.”

As my main man Confucius said, “The man who moves mountains begins by carrying away small stones.”

Listen to the full Endless Hustle episode with Baron Davis below. We discuss Jordan dropping 51 on him when MJ was 38 years old, the magic of John Stockton, choosing UCLA over Duke, posterizing Vin Baker and AK-47, and much more. We love him. You will too.