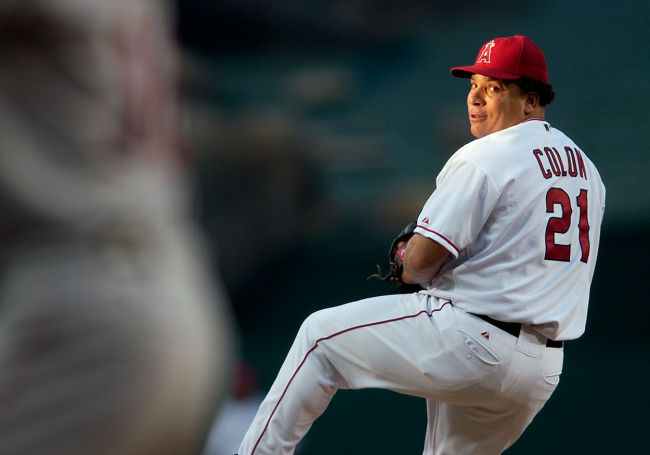 Big Sexy is one of the most recognizable nicknames in baseball, if not all of sports. Bartolo Colón garnered a reputation as a very large human being while playing 22 years in the MLB, but it might be time to drop the “Big” and call him “Sexy.”

At 49 years of age, the former Cy Young Award winner has lost a lot of weight and looks nearly unrecognizable.

Colón, who stood 5-foot-11 during his playing days, has not gotten any shorter or taller. He is still the same height.

However, after playing at a weight of (at least) 285 pounds during his lengthy career, he is not nearly as heavy.

Colón’s journey really began in 2020. He was gearing up to finish out his career in the Mexican Baseball League and used the COVID-19 pandemic to start cutting weight and getting in tremendous shape.

And then some of the pounds started coming off.

Fast forward to a year later and he was still pretty sizable, but noticeably less heavy than he was during his time with, say, the Twins.

Jumping ahead another 365 days, Colón’s weight really started to drop. If not on the scale, then in the look of his physique.

Back last month, in April of 2022, he was starting to look built— not just big.

Now, in his most recent update, Colón looks almost unrecognizable. Of course, you could probably pick Big Sexy out of a lineup and get it right 10 times out of 10, but he has cut a lot of weight.

When Colón first entered the minor league system with Cleveland in 1993, he weight a mere 185 pounds. While that is definitely not the case today, he is starting to look closer to his rookie weight than he is 285! Could an MLB comeback be in the works?