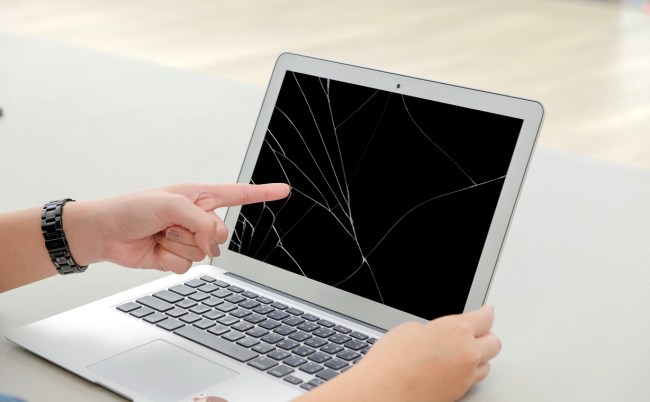 If you’ve ever taken the time to read the small print on the back of a ticket to a baseball game or have been lucky enough to have good enough seats where there’s a sign warning you to keep your head on a swivel then you should be very aware of the potential dangers of being at the receiving end of a foul ball (a lesson I learned as a kid when I saw a guy five rows in front of me at an Orioles game get hit in the head by one before being escorted from the stands on a stretcher).

However, fans aren’t the only people who have to keep an eye out for a foul ball. If you’ve watched (or listened to) enough baseball games, then you know balls occasionally make their way into the broadcasting booth. This was the case at a recent minor league game between the Jacksonville Jumbo Shrimp and the Mobile BayBears, where play-by-play broadcaster Roger Hoover had a fantastic reaction after his laptop was destroyed by a foul ball.

Hoover paused for a moment of silence to honor the death of his trusty sidekick but he managed to remain remarkably composed for someone who realized they’d have to drop $1,000 on a new computer.

He also shared a picture of the aftermath (as well as his incredibly destructive souvenir).

This is a battle the baseball always wins. I need a computer! pic.twitter.com/0mks9VQCrH

According to Awful Announcing, Hoover’s screen took the brunt of the damage and he still managed to hook up his computer to an HDMI outlet in order to finish his postgame roundup.

Luckily only the display is messed up! About to do Game notes with the hdmi plugged into my hotel TV. Whatever it takes!

Thoughts and prayers to Hoover during this difficult time.