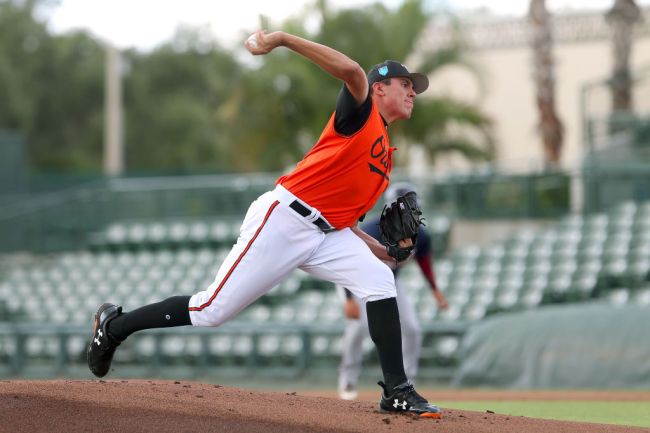 The Orioles are atrocious and have been for years. Only two wins ahead of last-place Arizona, Baltimore is 21 games back from Boston in the American League East and more than 25 games back from the top spot in the AL. Barring an impossible comeback, this will be the fifth-straight year that the Os will miss out on the playoffs and the 33rd time in 38 seasons since winning the World Series in 1986.

They are bad and historically so. However, there is some hope to be had.

Next year will be the final season that the team pays Chris Davis more than $20 million to not play baseball, and the organization has some youthful pieces to build on in coming years. 24-year-old Ryan Mountcastle is hitting .261 with 12 home runs on the major league level and their recent history of poor performance has led to top draft picks in recent years.

Two of those draft picks are among the top-20 or top-10 prospects in the entire sport, depending on where you look.

21-year-old pitcher Grayson Rodriguez was the No. 11 overall pick in 2018 and catcher Adley Rutschman was the top selection in 2019. The two youngsters lost last season due to COVID-19 but they are quickly making a name for themselves in the minors this year.

Both on the AA level, Rodriguez throws to Rutschman with his start once a week. Over the weekend, he was pumping close to 100mph (which he does consistently) and threw a heater that broke his catcher’s glove.

It just looked like a normal ball at first, until Rutschman got up and started walking toward the dugout. The inning wasn’t over, so it didn’t add up. As it would turn out, he needed a new glove.

Rodriguez posted a photo of himself and Rutschman with the glove. There is a massive hole where the webbing completely gave out.

Maybe they will be the reason that the Orioles finally figure it out? Maybe?