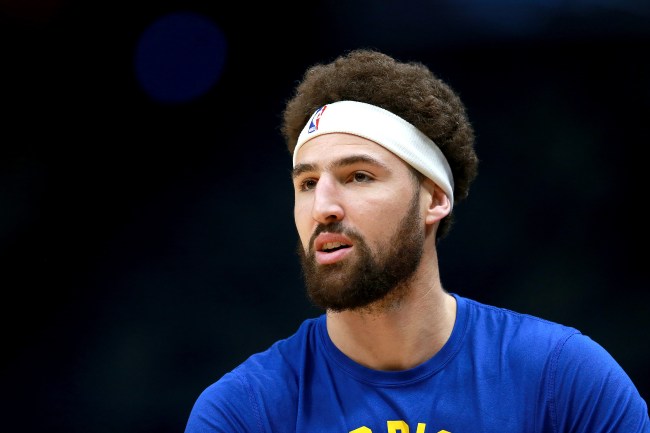 Klay Thompson’s last two seasons have both unfortunately been lost to injury, but we finally know when we will see him back on the court. He posted to his Instagram today to let fans know that he’ll be making his son awaited return tomorrow.

Klay Thompson will have gone 941 days between appearances when he plays tomorrow. He lost last season to an achilles injury. He missed the season before because of a torn ACL.

He has been missed by not only the Golden State Warriors, but the basketball community as a whole. After his announcement, fans let their excitement be known.

Can’t wait to see what Klay does on the court tomorrow.

SUPRISE! SUPRISE! THE KING IS BACK! pic.twitter.com/HUIpVAVNNy

golden state will be unstoppable now. 🤭🤭

It has not yet been announced what kind of playing time we can expect to see from Klay tomorrow, but this will likely be a short cameo appearance after being away from the court for so long.

Klay Thompson will be rejoining a Golden State Warriors that already finds themselves in second place in the Western Conference with a 29-9 record. If Klay comes back near 100% he’ll make an already dangerous squad even more difficult for opponents to stop.

For however long Klay is able, it will great for basketball fans to get to see the Splash Brothers back together. This will be their first game together since their NBA Finals matchup against the Toronto Raptors.