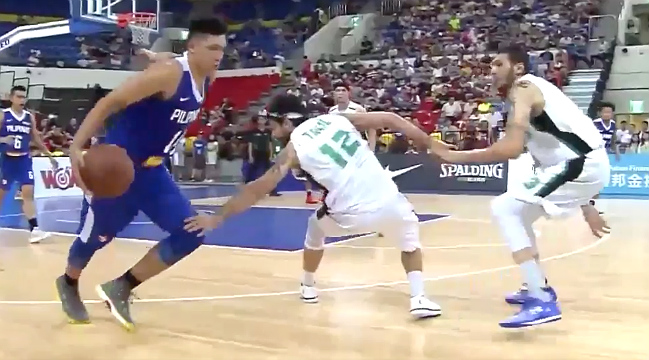 We take you to Taipei, Taiwan, where the 2017 William Jones Cup is taking place. This international basketball tournament saw the Philippines take on Iraq and that is where a basketball player actually broke his opponent’s ankle. We bow down to Kevin Ferrer of Filipino team, he’s number 14 in your program, and number one in your hearts. He puts a crossover on Iraq’s Hussein Talib that is so filthy (filthy for international play) that it literally breaks his goddamn ankle. While the injury didn’t appear to be devastating at first, Talib had to be carried off the court by teammates. We can finally say that we’ve seen a crossover that broke ankles and not be speaking metaphorically.