Washington Football Team Signs The Most Athletic Tight End To Ever Enter The NFL, A Basketball Prodigy From Chile 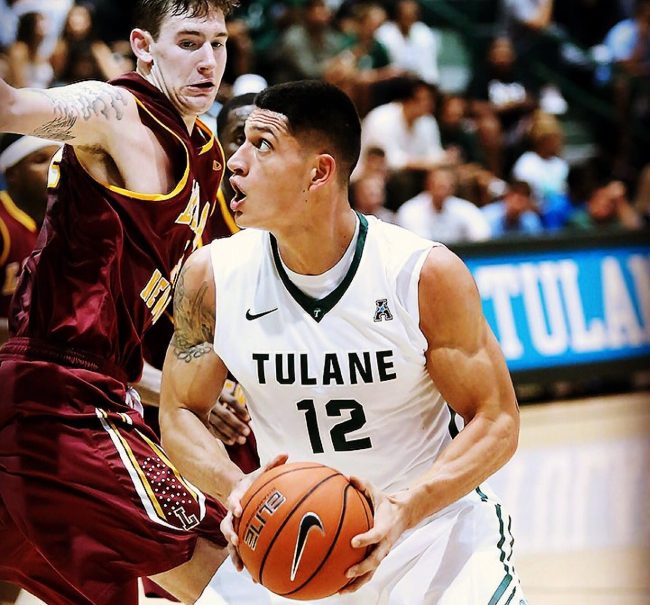 Antonio Gates, Tony Gonzalez and Jimmy Graham are amongst the NFL tight ends that you may know played basketball in college. Moe-Ali Cox, Julius Thomas and Rico Gathers are also in the mix. But have you heard of Sammis Reyes? Probably not.

The 25-year-old Chilean basketball prodigy was one of 11 international prospects selected for the NFL’s International Pathway Player Program and signed with the Washington Football Team on Tuesday. There is only one catch— he never played football in college.

We have signed TE Sammis Reyes!

Reyes was a big, strong and skillful force in the Chilean youth basketball circuit, which earned him a scholarship to North Broward Prep School in Florida at 14. He averaged 24.6 points, 13.2 rebounds and 2.6 blocks per game in high school and spent the offseason playing AAU ball and on the U17 Chilean national team. He even won a dunk contest at the Campiono Di Domani tournament in Chile.

After high school, Reyes received the opportunity to play at the University of Hawaii, but tore his ACL in the first semester and transferred to Palm Beach State, a community college in California. His dominance on the Juco level earned him a scholarship at Tulane and he spent two seasons coming off of the bench for the Green Wave before finishing his final year of eligibility at Loyola University in Louisiana (NAIA).

When his hoops career came to a close, he began to look for what was next and decided to take his big, athletic frame to the gridiron.

“I wanted to go to the NBA; that was my dream my entire childhood, and of course it never happened,” Reyes told the Sun Sentinel. “So when I was 23, my current agent, my family and my close friends, they were like, … ‘You’ve got to give this football thing a shot. You’re fast, you’re strong, you’re powerful.’ So my friends, my best friends, and everybody around me convinced me to give it a shot.”

His decision is is seemingly paying off. There is some confusion as to whether Reyes is draft eligible or not, but the general consensus is that he will be considered an NFL free agent and can sign with whatever team he chooses. That list of potential suitors only continues to grow after he dominated his Pro Day earlier in April. The combination of his significant size and freakish workouts are simply too good to ignore.

At 6-foot-5, 260 pounds, his 4.64-second 40-yard dash, 40-inch vertical jump, 10-foot-5-inch broad jump and 31 bench press reps put him in a league of his own. Literally. He is considered the most-athletic size-adjusted tight end to ever enter the NFL.

A Chilean basketball player who briefly played hoops at Tulane recently tested as the most-athletic size-adjusted TE to ever enter the NFL, per the RAS system (h/t @MathBomb)

Obviously, Reyes has a lot to learn about pass-catching, blocking and football as a whole. However, he has every physical trait necessary to become an elite playmaker on the next level. He’s also not too bad of a pass catcher!

Reyes has a long journey ahead of him if he wants to follow in the footsteps of Gonzales, Gates, Graham and company, but his potential is limitless and people are taking notice. To get a better understanding of his story, this video does a good job filling in the gaps. He loves the process. He loves the grind.

It is not a surprise that Reyes signed with an NFL team before the Draft. He is too big, too strong, too fast and too agile not to take a chance. The WFT most recently turned former Virginia Tech quarterback Logan Thomas into the team’s starting tight end, so Reyes appears to be in good hands on the developmental front. If he can get continue to grow into the game, he could easily play 5-7 (or more) years on the biggest stage. If he can really refine his technique and get the fundamentals down, you could see Reyes starting on Sundays one day sooner than later.

There’s a lot of learning to be done, but you simply cannot teach the numbers he puts up in his workouts. If he was a college football prospect, he would be drafted comfortably in the first three rounds. Just look at this dude: