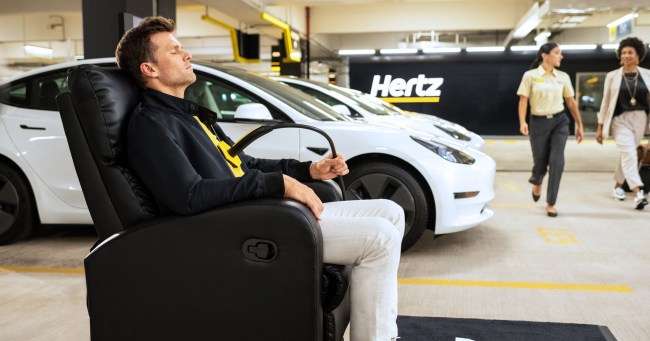 Tom Brady is an athletic marvel. This we know. The future Hall of Fame quarterback just passed for his 600th touchdown in the NFL (think about that for a second) to help move the Tampa Bay Buccaneers to 6-1 in the season following TB12’s seventh Super Bowl victory.

Perhaps even more absurd than all of that is the fact that the 44-year-old is averaging 325 yards per game passing, has thrown 21 touchdown passes, and been picked off only three times. The man is almost not human. (He is human, right?)

Back in June, Tom Brady all but shut down any talk of him playing until he’s 50 years-old.

Three months later, however, Brady changed his tune when asked if he could play until he is 50.

“I mean, I don’t find it so difficult. Plus, Florida is kind of a retiree state, so feel like I can play and then just glide into retirement. I think I can. I think it’s a ‘yes,’” he said.

“They don’t even touch him,” said Montana. “He’s hardly ever getting hit. So, he could play until maybe 60, I don’t know. It’s always about the physical part. How long can you handle that part of it?”

According to Electronic Arts and DICE, who just released a new trailer for the upcoming video game Battlefield 2042, the answer to that question is 21 more years. 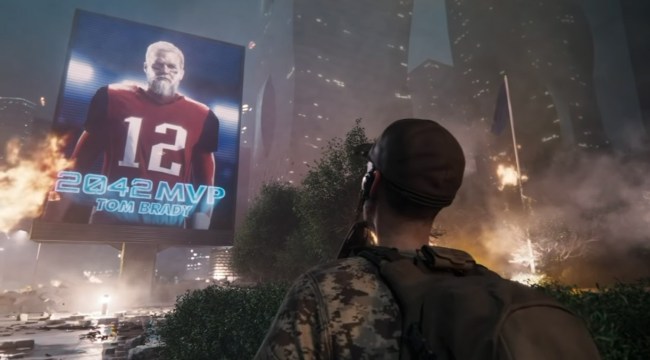 “In the near-future world of 2042 chaos is the new mother of invention. You will need skill, ingenuity, and raw guts to survive,” the game’s description reads, sounding a lot like something a 65-year-old Tom Brady would say.

Battlefield 2042 comes out on November 19 for PlayStation, Xbox, and PC (Nov. 12 if you pre-order the Gold or Ultimate Editions).

Reactions to seeing Tom Brady still playing at a high level at the age of 65 in the year 2042 were pretty much what one would expect at this point.

Is #TomBrady a future Specialist in #Battlefield2042? 🤔
Specialty is leadership to rally the team to get the win, and Trait is that he throws grenades extremely far and accurately.#Battlefield pic.twitter.com/EdUcyTqkQM

Dice predicted Tom Brady will still be playing in 2042.

I swear if Tom Brady is MVP still in the year 2042 🙃 https://t.co/LhestKD8Wo pic.twitter.com/BoVs6tHBn6