Superhuman Robots Are Coming Very Soon, Says Expert: We ‘Will Have To Be Vigilant’

#Artificial Intelligence
by Douglas CharlesOctober 25, 2021 9:43 am 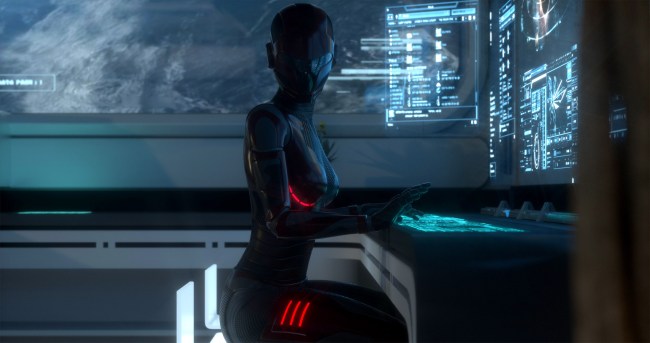 At what point do we as humans stop advancing technology in the fields of robotics and artificial intelligence simply because our mere existence depends on it?

Despite that warning, people continue to march forward with creations like Grace, a robot nursing assistant designed by SingularityNET founder Dr. Ben Goertzel to look and act human, but with the capability of quickly solving complex problems.

(Also, can we stop giving the robots human names like Grace and Sophia?)

Making just its second public appearance recently, at the 14th Conference on Artificial General Intelligence (AGI), Grace is just the tip of the iceberg when it comes to the future of Artificial General Intelligence (defined as “a machine capable of understanding the world as well as any human, and with the same capacity to learn how to carry out a huge range of tasks”).

Janet Adams, Chief Operating Officer at SingularityNET, spoke to Express.co.uk about robots like Grace and their place in this future.

“The technological singularity we talk about is a moment in the future when technological change becomes so fast – and so far-reaching – that it breaks our assumptions about the human condition,” said Adams.

“People have given various dates for when they expect this to happen, 2040 to 2050 is a popular guess, but who knows? Dr. Goertzel has suggested a singularity could potentially come much sooner.”

“This is not exactly a surprising or advanced conclusion – the most likely route to beneficial AGI is to ensconce early-stage evolving AGI minds in mutual compassion, aid, love and co-creation with human beings.”

She continued, “The day an AGI or robot declares that it is self-aware and screams out that it wants equal rights, it’s going to be tough for most humans to hard-heartedly ignore that.

“When talking to another person, we don’t know for sure that they have self-awareness, but we tend to take their word for it – we imagine it will turn out to be much the same with human-to-robot relations.

“Legal, economic and cultural systems will need to adapt radically and rapidly to accommodate the new realities opened up by the various Singularitarian technologies on the horizon.

“In the end the new rules will be made by humans and AGIs working together.”

Humans and superhuman robots… working together…

She believes that starting out “raising” these early artificial minds to look after human beings, as Grace, a “caring robot” does, “is a better start than designing robots for killing, spying, selling, or financial exploitation, which are the themes pursued by the bulk of the global AI industry at present.”

Adams also stated, “Very important will be that this pervasive AI matrix be controlled and guided in a democratic and decentralized way, rather than by a single government or corporation.”