#Artificial Intelligence
by Douglas CharlesOctober 2, 2021 11:47 am 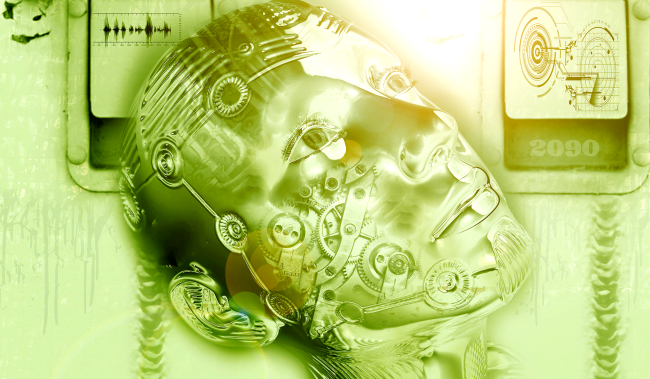 We have been told numerous times by very, very smart people that one of the biggest threats to man is something we are actively working to develop: artificial intelligence.

Now, Mo Gawdat, the former Chief Business Officer with Google’s Research and Development division, warns that the researchers who are developing this artificial intelligence are “creating God.”

Back in June, it was reported that for the first time ever, drones autonomously attacked humans.

In February it was announced that Sophia, the creepy talking humanoid robot, was about to go into mass production.

Prior to that, researchers admitted humanity will be officially screwed if artificial intelligence keeps learning to teach itself.

Another artificial intelligence expert warned machines could actually harm us if developed unchecked.

Even Elon Musk, the man who is planning on having cyborgs living side-by-side with humans in the near future and who also once called the commercialization of artificial intelligence “our biggest existential threat,” admits that A.I. will overtake humans at some point within the next five years.

So when someone like Mo Gawdat, who has seen much of this development in artificial intelligence first hand says there’s a problem, we should probably listen.

Futurism.com reports that in a new interview with The Times, Gawdat says “he believes that artificial general intelligence (AGI), the sort of all-powerful, sentient AI seen in science fiction like Skynet from ‘The Terminator,’ is inevitable.”

Gawdat told The Times that he had his frightening revelation while working with AI developers at Google X who were building robot arms capable of finding and picking up a small ball. After a period of slow progress, Gawdat said that one arm grabbed the ball and seemed to hold it up to the researchers in a gesture that, to him, seemed like it was showing off.

“And I suddenly realized, this is really scary. It completely froze me.

“Like we had those things for a week. And they’re doing what children will take two years to do.

“And then it hit me that they are children. But very, very fast children.”

Then he added, “The reality is we’re creating God.”

Gawdat also warned that artificial intelligence has the potential to reach what is referred to as technological singularity, becoming self sufficient and if that were to happen it would become uncontrollable and it would be irreversible.