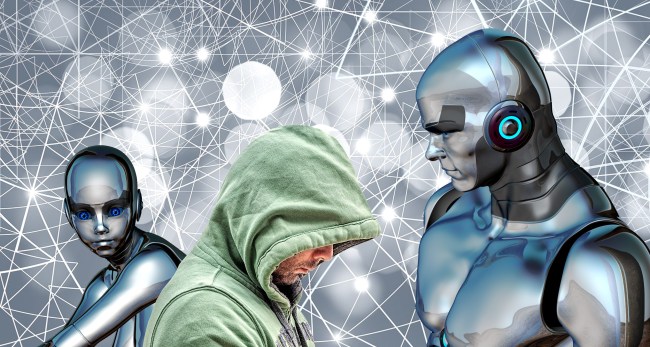 Hot on the heels of Tesla and SpaceX founder Elon Musk saying he believes artificial intelligence will overtake humans within the next five years, comes more jarring news regarding the future of A.I.

Musk, who once called the commercialization of artificial intelligence “our biggest existential threat,” is not alone in his concern for humanity’s safety if A.I. continues to develop at the current rate.

Dr. Krzysztof Walas of the Institute of Robotics and Machine Intelligence at the Poznań Politechnik in Poland recently issued a warning to the scientific community about the potential dangers of artificial intelligence.

The group Science in Poland recently spoke with Dr. Walas about these concerns.

While Walas agrees with Musk to a large extent, he admits “the A.I. ​​awareness debate could last several days.”

“It is a complex philosophical issue,” said Dr. Walas. “The very definition of consciousness is problematic because how do we know whether someone is conscious or not. How does this apply to the machine now? Scientists argue at what stage biological organisms can become conscious. Transferring this dispute to artificial beings is even more backbreaking.”

Walas also pointed out, “Artificial intelligence is already making some decisions about our lives, although we may not be aware of it.”

He cites examples like an A.I. system making movie recommendations or running the autopilot on a Tesla.

It’s when these A.I. systems start to “learn” from humans how it thinks it is supposed to behave. Because humans, as we all know, are not always good.

“If AI is allowed to learn from random people, it can become hostile,” said Walas. “This was the case with the chatbot, i.e. a conversation program, one of the implementations of which was presented by Microsoft. The company disconnected it because it learned from users, for example, racism. There is a lot of hate on the Internet, for example. What if some intelligent system learned how to interact with people by analyzing only internet forums?”

The threat if something such as that were to occur is not necessarily physical, said Walas.

“Such systems can heavily affect people by non-physical means,” Walas explained. “They could manipulate them, e.g. with the help of social media, even on a mass scale. In this way, they could, for example, persuade them to hate even their neighbors or another ethnic group. Imagine a situation in a country where weapons are easy to access. A clever program could theoretically manipulate some people to do something wrong. The computer may not have access to weapons, for example, but to the people who use them.”

However, the threat of physical danger from A.I. is still definitely a real one.

“With the help of the internet, for example, algorithms could be changed and such machines could do something that would harm people,” he said. “I myself sometimes think that if a completely autonomous car had kidnapped me, there was nothing I could do. Of course, I am drawing black scenarios here. We are talking about the theoretical, but possible threats.”

Scary thought, for sure.

Unfortunately, the research and development of artificial intelligence will only go bad if scientists let it, and many will, just because.

“There are people who come to the conclusion that if something can be done, they will do it, regardless of the ethics of the project,” he said.

And therein lies the problem.

Related…
• Elon Musk says artificial intelligence will overtake humans within the next five years
• Artificial intelligence can now recreate videos people are watching by reading their minds
• On today’s episode of ‘we’re totally screwed’, a robot has learned to act and will star in a movie
• Sex robots could sexually assault humans because of all-too-realistic AI, according to computer science professor
• Humans one day soon will emotionally bond, fall in love and marry robots, claims philosopher
• Massachussetts police secretly used robot dogs for three months so the countdown to the robot uprising has begun
• Boston Dynamics robots have figured out how to work together and I guess humanity had a pretty good run
• Oh hell no, now there’s a robot that bleeds, breathes, pees, and has a pulse? We’re all so f**ked
• Elon Musk is planning on having cyborgs living side-by-side with humans in the near future
• Robots can now solve a Rubik’s Cube, one-handed, in their latest step towards becoming our new overlords
• New study says robots will soon be able to recognize human emotions, which will be very helpful when their uprising begins
• The Marines are turning to artificial intelligence to combat enemies’ most deadly weapons
• These more than 25 creepy ways robots are becoming more human spells doom for us all