Did Baylor Wide Receiver R.J. Sneed Make The Catch Of The Year Against Iowa State?! 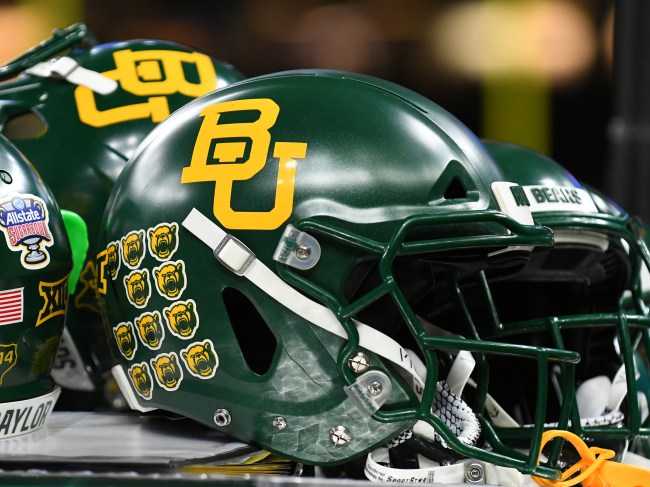 Baylor football entered its two-minute drill offense down a touchdown to No. 17 Iowa State on Saturday night and nearly pulled off the upset after an unbelievable catch on the sideline. The Bears went up 21-10 at halftime but the top 25 Cyclones battled back with 21 unanswered points in the third quarter and took a lead. On 2nd-and-5 with 1:31 remaining, Charlie Brewer saw his man R.J. Sneed with a step on his defender in space. The senior quarterback overthrew his open receiver and forced him to make a play. No. 0 did just that and contorted his body to haul in an incredible effort that was narrowly in-bounds.

WHAT. A. CATCH. 😤#SicEm | #BUiltDifferent pic.twitter.com/25PHsT1fBo

The play was reviewed and the catch remained, as it should. What a stretch!!! 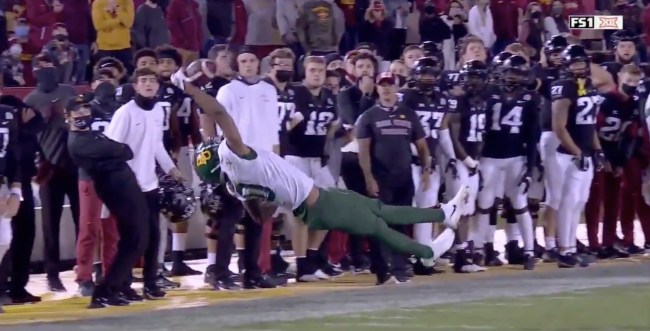 It ultimately did not matter in the end as Brewer threw an interception to seal the game for Iowa State two plays later, but the play stands in time as one of the year’s top two catches. The only other contender came two weeks ago in Ohio State’s matchup with Nebraska. Heisman Trophy candidate Justin Fields found Jaxon Smith-Njiba in the back of the end zone and hit him for six. Smith-Njiba used equally as impressive elasticity to extend his right leg and tap his toe. 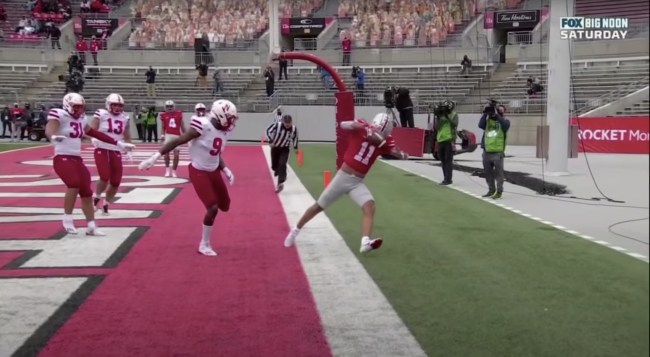 Both catches are outstanding, but I’d give the slight edge to Sneed. He leads the Bears with 198 yards and a touchdown on 17 catches this season. Baylor dropped to 1-3 with the loss to Iowa State, while Ohio State remained undefeated with a win over Rutgers on Saturday night.