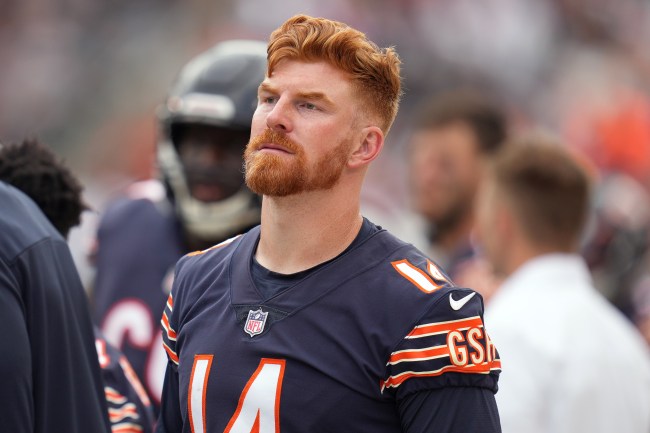 Bears Matt Nagy isn’t listening to fans and insists Andy Dalton will be the week 1 starting QB for the team.

On Saturday afternoon, Dalton, who didn’t play well, was booed several times in the team’s preseason game against the Bills by fans who wanted to see Fields play.

#Bears fans with a massive boo at Andy Daltonpic.twitter.com/q9ctYc8cFM

Those boos are starting to get loud for Andy Dalton pic.twitter.com/WUQFx0lvcf

Fans could be heard chanting “we want Fields” as Andy Dalton was on the field during the game.

After the Bears’ loss to the Bills, Bears head coach Matt Nagy reiterated that Dalton is the team’s starter.

Bears’ HC Matt Nagy reiterated today that Bears’ QB Andy Dalton will start Week 1 at Los Angeles against the Rams, saying: “We need to see him in the regular season.”

Fields reacted to fans “disrespecting” Dalton by chanting “we want Fields” during the game.

Justin Fields said that it's "disrespectful" for Chicago Bears fans to chant his name when Andy Dalton is in the game.

Fields: "Fans need to realize that we are on the same team. Cheer for who’s out there playing on the field.”