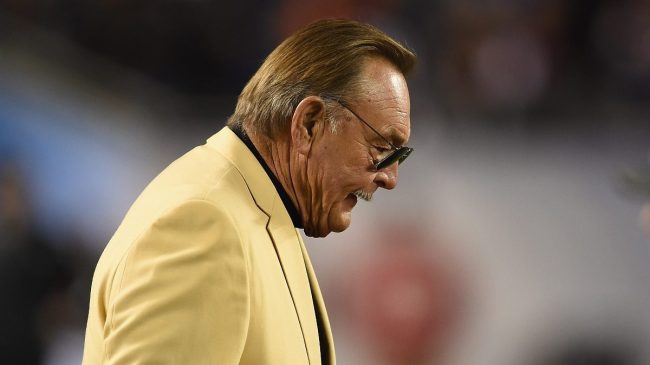 Chicago Bears legend Dick Butkus has been one of the more entertaining follows in the sports world on Twitter. He consistently dishes out hilarious responses and takes. However, the Hall of Fame linebacker is already victory-lapping a take about Aaron Rodgers and the Green Bay Packers after just Week 1 of the NFL season.

In late August, Butkus predicted that Green Bay would struggle offensively. Pin-pointing their wide receiver core is the main issue. Well, technically he was right. Aaron Rodgers failed to connect with his wide receivers in Week 1 and it resulted in a loss. Meanwhile, the Bears stole a win away from the San Francisco 49ers (RIP, Lucy).

Boy, I hope Aaron Rodgers has figured out how to throw passes to himself because if not, Packers' games are going to look a whole lot like playing fetch with my dog (miss you Lucy).

On Wednesday night, Dick Butkus quote tweeted his own take to let us all know he was right.

It’s still extremely early in the year and let’s not forget that the Packers struggled in Week 1 of last season as well. They ended up making a deep playoff run but fell short in their quest for the Super Bowl. Even so, it has to feel good as a former Bears linebacker to watch Aaron Rodgers and Green Bay struggle.

We’ll see if Dick Butkus’ opinion on the Packers holds up in Week 2. Green Bay is set to face the Bears on Sunday Night Football. The weather should be favorable for both quarterbacks, so we’ll get to see Justin Fields not have to play in a monsoon. Keep an eye on this rivalry, as Butkus is sure to root for Chicago on Sunday night.