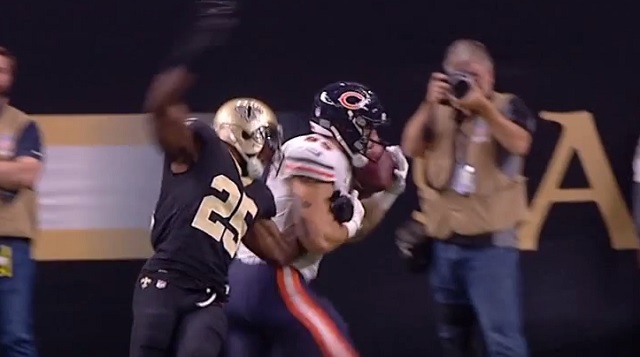 In the third quarter of today’s Bears-Saints game, Bears tight end Zach Miller went to make a catch in the end zone when his leg snapped in half. Despite the injury, Miller held on to the ball but for whatever reason refs didn’t feel he had possession for long enough

You can watch the video here and here.
People were obviously pissed with the call.

Not sure how in the world you overturn that.

How is that not a touchdown for Zach Miller? It's unbelievable. No one has any idea what a TD is. Called inconsistently every game. Unreal

In order for that to be a completed catch Zach Miller would have had to hold onto the ball while he was being carted off the field?

Terrible call, prayers up to Zach Miller that looked nasty 😔😔