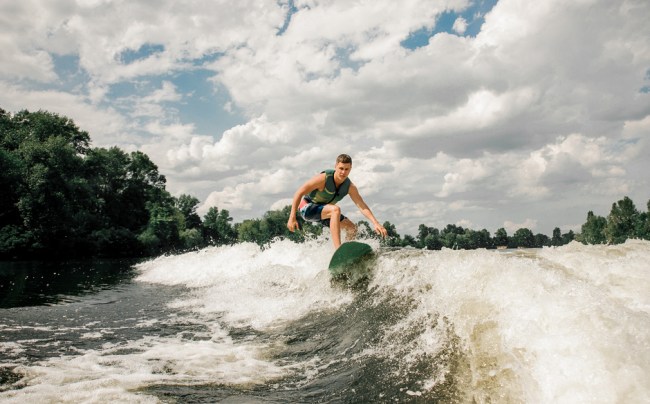 Memorial Day marked the spiritual start of summer, which means that over the next few months your Instagram feed is going to be filled with pictures of groups of eight guys posing together shirtless on the beach, glasses of rosé perched on the ledge of a porch at sunset, and people who make sure they tag East Hampton before they hit “Share.”

However, you don’t have to make a trip to some prestige vacation spot in order to enjoy your summer. I wouldn’t say no to sucking down oysters in Nantucket if someone else paid for it, but I’m perfectly happy throwing some burgers and hot dogs on the grill, grabbing a couple of 30s of whatever beer at the store costs the least, and getting from friends together to play beer pong somewhere outside while earning myself some solid tank top tan lines.

According to The Inertia, Canadian Matt Chell also decided to usher in summer with beer pong— with a slight twist. Instead of setting up a folding table, he decided to bring one with him on a boat and use it to wakeboard on a lake at a resort in Saskatchewan.

I like to think this idea was dreamed up after several games of beer pong, which would make this stunt even more amazing if Chell had indeed caught a buzz before catching a wake. As someone who has never even been able to stand up on a wakeboard, I have no idea how he pulled this off, but props to him for not losing an eye by wiping out and hitting a table leg.