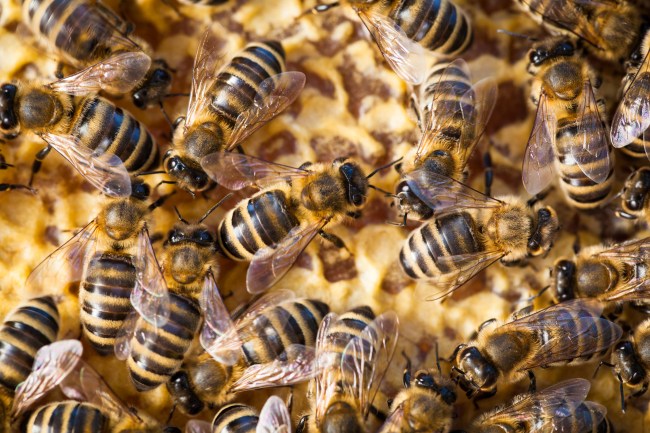 There’s nothing fun about being swarmed by bees. Beets? No, bees. Beads are fines. Beets suck. And bees are awful. At a soccer game last weekend in Ecuador, a massive swarm of bees overtook the soccer pitch and everyone was forced to hit the deck. The scene looked like something out of a WWII ‘air raid’ drill that you’d see in England.

‘1 in every 3 people are deadly allergic to bees’ is a statistic I literally just made up on the spot so don’t bother fact-checking me. But now that we’re using my completely made up statistic that means that 1 in 3 people on this soccer field could’ve DIED from this swarm of BEES!!!! At the very least, they could’ve had their egos wounded as they were all forced to the deck and hide from these tiny stinging insects.

Here’s what it looked like when the bees showed up:

The BEES!!! showed up 26 minutes into the game, players were forced to stay on the ground for at least 30 seconds before the bees cleared the air. Later, play resumed and Manta FC beat Portoviejo 3-2. According to Mashable, it was never reported what kind of bees they were so it’s unclear if there was a serious health hazard to the players or if it was just one massive nuisance.