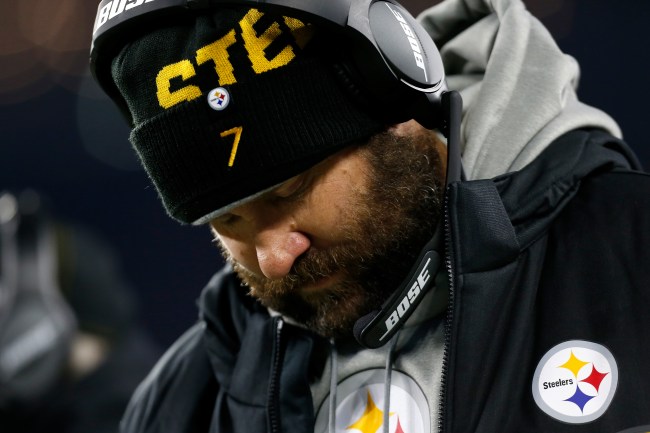 Ben Roethlisberger has endured 15 years of being called a fat chubba on the internet. There is arguably no sports figure outside of Eddie Lacy who has been victimized so brutally by the ongoing fat-shaming epidemic, but we’ll see where we’re at in 10 years with Zion.

Big Ben sees your Fat Bastard memes. And knows you think he looks like “Fat Thor.” He’s seen himself compared to Ron Burgandy when he goes off the rails and starts drinking shit tons of milk.

He’s felt all your arrows, and said as much in a recent profile with Post-Gazette’s Ron Cook.

“I’ve heard people say I’m fat, and that just blows my mind,” Roethlisberger said. “I’m lighter and in better shape than I was in either of the past two years. I haven’t stopped working out. I normally don’t work out in the offseason, but I’ve been doing everything five days a week with my trainer. Cardio twice a week. Legs twice a week. Upper body twice a week …

“I guess it’s my beard that makes me look heavier. I must have five pounds in that, I know. But I’m not overweight.”

Ben took a beating in the comments of a March 20th stay-at-home message posted to the Steelers Twitter account.

When did he start staying at home? 5 years ago?

Start of week quarantined with kids vs the end of the week pic.twitter.com/Y5Gm3ooOsx

I thought it was Hagrid 😂 pic.twitter.com/0biXzZhKXZ