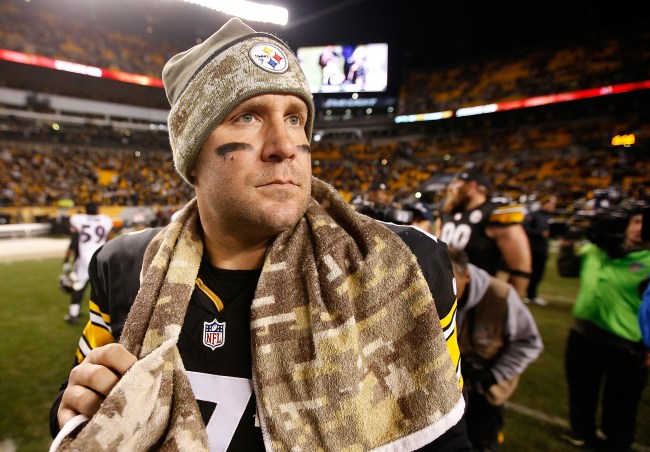 “It’s not always easy,” Roethlisberger said, talking to Tunch Ilkin, a former Steelers player and one of the event’s hosts. “People don’t realize all the time that us athletes, we’re human. We sin like everybody else. I am no different. We make mistakes. We get addicted to things. We sin. We’re human. I think sometimes we get put on this pedestal where we can’t make mistakes. I’ve fallen as short as anybody. I’ve been addicted to alcohol. I’ve been addicted to pornography, which makes me then not the best husband, not the best father, not the best Christian I can be.

Twice accused of sexual assault in 2009 and 2010, Roethlisberger said that his marriage to Ashley Harlan in 2011 brought religion back into his life and helped him overcome his past addictions.

“I just felt that I needed to do that,” he said. “I wanted to have a closer walk, a better relationship with Jesus, my wife, my kids, my family — become a better person.”

Now more than ever, it’s cool to be a Christian, especially professional athletes,”. “One of the things I want to tell guys and tell people out there, I can be a really good athlete and a Christian. It’s not one or the other. I can do both. I want it to be known to all of the young men out there. It’s cool to be Christian and be an athlete. Go ahead and be the best athlete you can be and see if you can be a better Christian. And that’s what I’m trying to do now. I’m trying to be a better Christian than I am athlete and football player. I push myself every day to do that and it starts here. It’s not always easy.”

ManUp Pittsburgh is hosted annually by Urban Impact in collaboration with Steelers head coach Mike Tomlin and “encourages and teaches men to be godly leaders for their families, and raises awareness of the devastating impact of fatherlessness among youth today.”