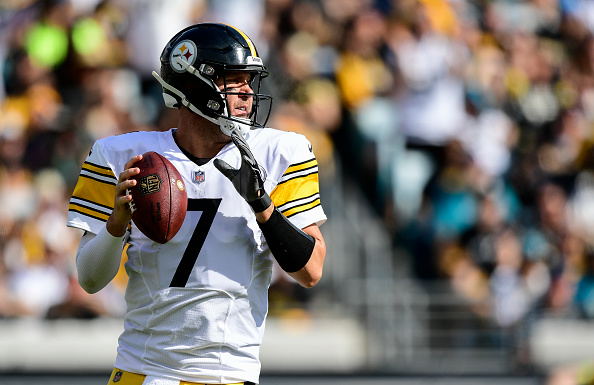 Before the start of the NFL season, Jags star cornerback Jalen Ramsey took a shot at several NFL QBs including Ben Roethlisberger in an interview with GQ magazine.

Big Ben [Roethlisberger], I think he’s decent at best… It’s not Big Ben, it’s [Antonio Brown]. Big Ben slings the ball a lot of the time. He just slings it, and his receivers go get it. He has a strong arm, but he ain’t all that. Ramsey was spot on there.

In the first half of Sunday’s Steelers-Jaguars game it seemed like Ramsey was being proven correct as he intercepted the ball from Big Ben.

"Big Ben, I think he's decent at best … He has a strong arm, but he ain't all that." — Jalen Ramsey this past offseason.

Unfortunately for Ramsey, Roethlisberger scored three unanswered touchdowns including a game-winning rushing TD with 5 seconds left in the game.

During the Steelers post-game press conference Roethlisberger had a message for Ramsey and the Jags’ trash talking defense.

Roethlisberger on the Jaguars defense: "They like to talk a lot before the game, during the game, but I'm carrying the game ball."