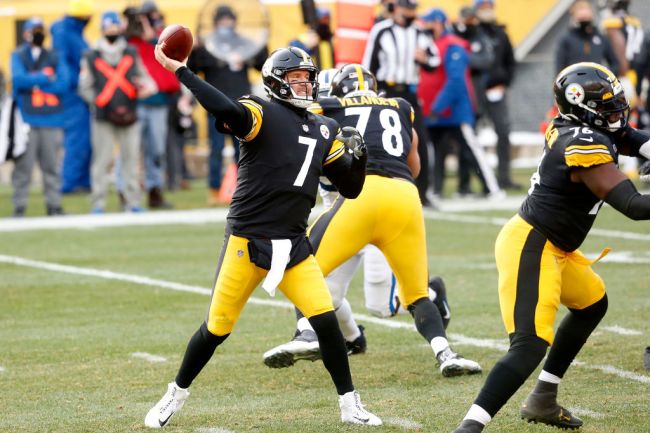 The Pittsburgh Steelers announced on Thursday afternoon that they have signed Ben Roethlisberger to a new contract for 2021.

Prior to signing this newly constructed contract, Roethlisberger was set to carry the largest 2021 salary cap number at $41.25 million after signing a $68 million contract extension in April 2019. While specific details of his new contract have not been released, it’s clear that this restructured deal is one that will save Pittsburgh money against the cap.

“It is my greatest honor to be a Pittsburgh Steeler and give my all for this organization,” said Roethlisberger in a statement. “I am grateful to be at this stage of my career and more than happy to adjust my contract in a way that best helps the team to address other players who are so vital to our success. I love this game and love to compete, and I believe in this team and my ability to deliver when called upon. It all starts with great preparation and I am ready to go.”

Roethlisberger completed 65.6% of his passes last season, his second-highest completion percentage over the last five seasons. The 39-year-old threw for 3,803 yards, 33 touchdowns, and 10 interceptions while going 12-3 in the regular season. Roethlisberger threw four touchdowns and four picks in Pittsburgh’s shootout loss to the Browns in the AFC Wild Card round of the playoffs.

It will be interesting to see the direction the Steelers go with the 24th overall pick in the upcoming NFL Draft. The team signed QB Dwayne Haskins this offseason as well, but it wouldn’t be a shock to see Pittsburgh elect to draft another QB if an intriguing one is sitting there for the taking.