Ben Roethlisberger Set To Have Elbow Surgery, Out For The Rest Of The Season 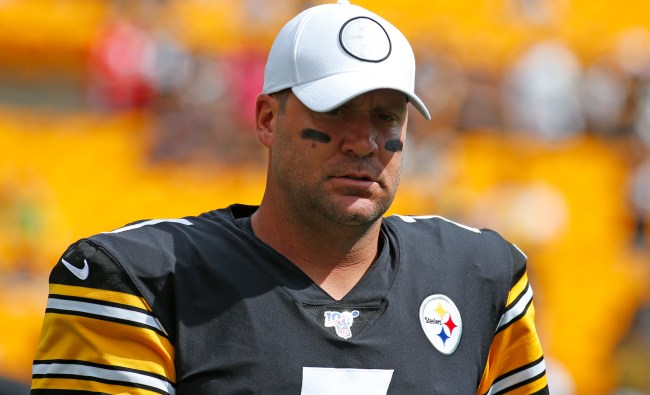 Following an injury in Sunday’s game against the Seattle Seahawks, Pittsburgh Steelers quarterback Ben Roethlisberger is set to undergo elbow-surgery that will sideline him for the reason of the season, according to ESPN’s Adam Schefter. Roethlisberger had an MRI on his right elbow on Sunday night.

The Steelers — who unloaded their two main offensive weapons in Antonio Brown and Leveon Bell this offseason — lost 28-26 to the Seahawks, dropping their record to 0-2. The Steelers previously got blown out in their week 1 visit to the New England Patriots by a score of 33-3.

Second-year player Mason Rudolph — who was drafted by the Steelers in the third round of the 2018 NFL draft — will take over as the starting quarterback for the rest of the 2019 season. In his first NFL action of the season, Rudolph completed 12 of 19 passes for 112 yards, two touchdowns, and one interception.

Unfortunately for Pittsburgh, Big Ben wasn’t the only integral player to get injured against the Seahawks, as starting running back James Conner limped off the field and did not return with a knee injury in the fourth quarter

Ben Roethlisberger underwent an MRI on his right elbow that revealed he will need season-ending surgery this week. He will be placed on IR.

In the coming weeks, prior to their Week 7 bye, the Steelers will face off against the San Fransisco 49ers, the Cincinnati Bengals, the Baltimore Ravens, and the Los Angeles Chargers.

As for Rudolph, he is currently the only quarterback on the Steelers’ 53-man squad after trading third-string quarterback Josh Dobbs to the Jacksonville Jaguars last week.