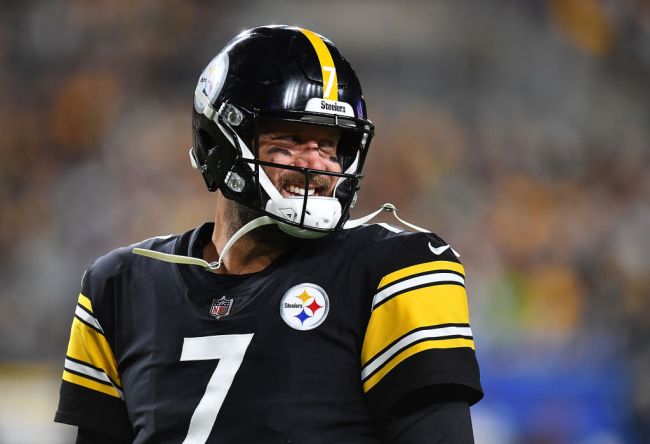 Since Steelers quarterback Ben Roethlisberger entered the league in 2004, the Browns have played 26 different quarterbacks in that same timespan. Thus, ahead of this weekend’s interdivisional rivalry game between Cleveland and Pittsburgh, Big Ben took the opportunity to take some shots.

While speaking to the media on Wednesday morning, Roethlisberger said that he looks forward to playing the Browns this weekend. It is one of the most volatile rivalries in the NFL across all of history, but has been especially hateful over the last few years.

Despite the hostility between the two teams, Roethlisberger has dominated Cleveland throughout his 17 years in the NFL. He is 24-2-1 against the Browns, which is his best record against any single NFL opponent.

Although history speaks for itself, the Browns have narrowed the gap a little bit over the past couple of years and things are getting more competitive. Roethlisberger is glad that the rivalry has evolved.

To express his appreciation for what Cleveland has built, he used the opportunity to take aim at his opponent’s recent quarterback history and fired. He joked that he’s happy not to be the “most winning quarterback in their stadium history anymore.”

Ben Roethlisberger on the Steelers-Browns rivalry continuing to evolve now that it’s not quite so one-sided.

“I’m glad that I’m not the most winning quarterback in their stadium history anymore.” pic.twitter.com/BZDhOQVB1B

Pittsburgh is 3-3 thus far into 2021, but has won each of its last two games. Roethlisberger has struggled at times, but he has done a better job of moving the ball downfield in the past two weeks.

He will hope to keep that momentum rolling for win No. 25 against the Browns this weekend, and after his comments on Wednesday, it sure would be awkward if he lost.