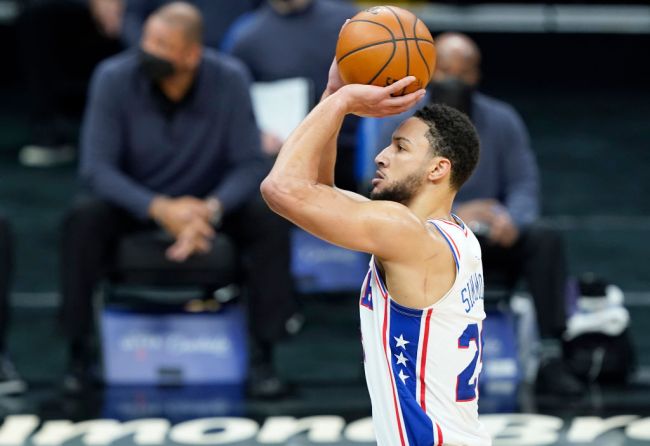 Pray for the backboards in Philadelphia. It was just announced Tuesday afternoon than Andre Drummond has agreed to a one-year deal with the Sixers.

Drummond got a little three happy last season in Cleveland, despite posting a career percentage of .135. Drummond will join a team helmed by Ben Simmons, who just last month posted the worst free throw percentage in playoff history for a player with a minimum of 70 attempts.

Following the Sixers Game 7 loss to Atlanta, Simmons claimed that he needed to “clear my mind and get my mental right.”

We all have different definitions of self-care, but replying to trolls in the Instagram comments has never proven advantageous for mental health.

It’s been six weeks since Simmons last took a shot in an NBA game, but an Instagram user who goes by the name worldwidechad thought it’d be nice to remind him how poorly he shot in the 2021 playoffs.

Ben is not having the cyber-bullying.

This means that Ben read the comment, clicked into worldwidechad’s profile, found a demeaning physical quality and clapped back in a sea of positive comments.

Ben was a bit more light-hearted in response to Dwight Howard’s friendly-ribbing after the center decided to return to Los Angeles on a one-year deal.

We laugh so we don’t cry.