Social Media Reacts To Report That Ben Simmons Tried To Get Out Of Playing Game 7 vs. Hawks 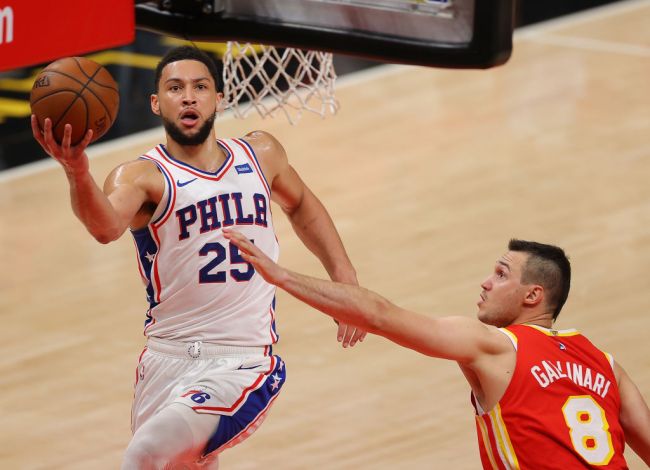 Let’s go back to June 20th, 2021. The 76ers are playing host to the Hawks in Game 7 of the Eastern Conference Semifinals.

With a little over three minutes left in regulation, with Philadelphia trailing by two, Ben Simmons had an open dunk opportunity but decided to make a pass, and the Hawks moved on to the Eastern Conference Finals.

Simmons finished that game with only four shot attempts, five points, 13 assists, and eight rebounds. His performance, especially in the closing moments was nothing short of mind-blowing.

A new report from ESPN’s Ramona Shelburne gives us all a little context into Simmons’ mindset heading into that particular game. According to “several players,” Simmons may have been trying to get out of playing the game completely.

“Simmons was being held out of the team’s shootaround, he told them, due to a possible exposure to a team masseuse, who’d returned an inconclusive COVID-19 test. Several players were questioned about whether they’d seen her that morning, but only Simmons said that he had. “He answered the question honestly, without thinking of the implications,” says one source close to Simmons.”

“But according to multiple sources, many within the team questioned whether Simmons had actually seen the masseuse — or was just trying to get out of playing as he battled the basketball version of the yips.”

There’s obviously a lot in this report. First of all, those are very bold accusations to throw out there, but you have to assume that Shelburne trusts her sources in order for ESPN to publish the story.

Maybe Simmons simply didn’t want to expose his teammates to the virus, especially heading into a do-or-die matchup with the Eastern Conference Finals within reach. Then again, maybe Simmons didn’t want to play in the game, the moment was perhaps too big for him.