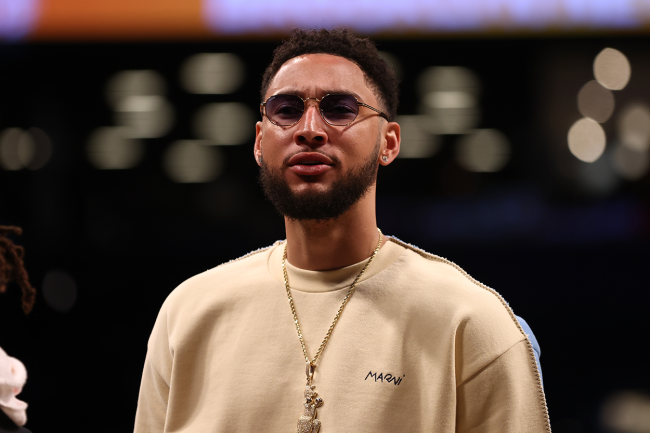 Ben Simmons and the Philadelphia 76ers did not get along during the former No. 1 overall draft pick’s final months with the team. Even though their ties were severed in February, there is still a fallout unfolding from their fractured relationship.

Because Simmons did not play for the team during the 2021/22 season, Philadelphia chose to withhold nearly $20 million of his salary. Now he wants it back.

According to ESPN insiders Adrian Wojnarowski, Ramona Shelburne and Bobby Marks, Simmons has filed a grievance to get his money back. It was shared with the 76ers, the NBA and the NBA Players Association earlier this week. The NBAPA is in support of Simmons getting paid.

The grievance – which will now go to an arbitration process – was shared with the team, NBA and National Basketball Players Association late this week, sources tell ESPN. The NBPA is supporting Simmons in the attempt to reclaim his salary.

The grievance will now go to an arbitration process and both sides will be heard.

On the team’s end, Philadelphia insists that Simmons breached his contract by now showing up for training camp and refusing to play during the preseason and regular season. Thus, the 76ers believe that they had and have the right to withhold the money that he was due.

On Simmons’ end, he is claiming that his mental health prevented him from participating in team activities and suiting up for games. Thus, he believes that he should be allocated the money that was agreed upon in his contract.

The NBA and the NBPA have been on opposite sides of the issue since the beginning. This arbitration process could now set a precedent on how future mental health matters might be handled moving forward.