Ben Simmons Very Well May Not Have Played In Game 4 Even If He Dressed, Per Report 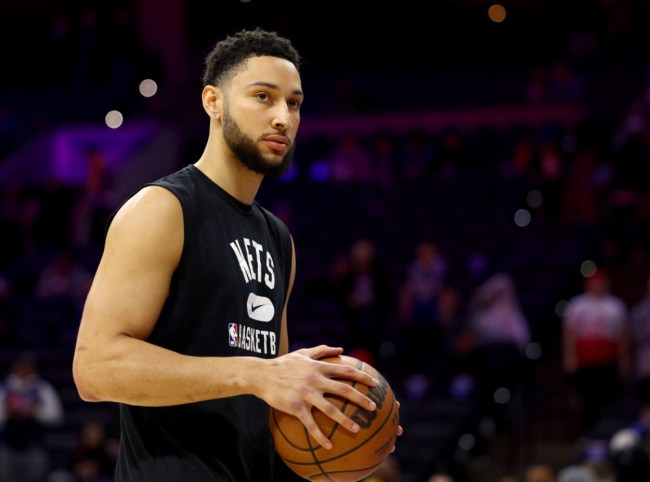 Maybe, just for a brief second at some point prior to Game 4 against the Celtics, Ben Simmons actually did want to play. That doesn’t mean the Nets had to put him in the game, though.

Simmons was expected to make his Nets debut in his team’s must-win Game 4 against the Celtics. Ultimately, that did not happen due to his ongoing mental health battles and back issues. Boston pulled off the sweep and now we have to wait a full NBA season to maybe – and that’s a big maybe – see Simmons take the floor.

The former Sixer sat with his teammates on the bench throughout the first-round series against Boston, but after being ruled out for Game 4, he elected to watch the game from home.

Just when you thought the situation couldn’t get any messier, a new report from The Athletic’s Sham Charania adds a whole new dynamic to what’s going on in Brooklyn.

Ben Simmons May Not Have Played In Game 4 Regardless

Charania joined ‘The Pat McAfee Show’ on Wednesday and explained that he was told that if Simmons did decide to suit up fo Game 4, head coach Steve Nash may have never put him in the game at all.

“There was an expectation around that organization that at least he’ll be in uniform and available to play for Steve Nash,” Charania explained.

WHAT IS GOIN ON WITH BEN SIMMONS⁉️

"It's all mental at this point.. this is the most important offseason of his career" ~@ShamsCharania#PMSLive pic.twitter.com/SDqUkx7xQW

This is one report from one NBA insider, albeit a very well-respected one, but if this is true, it’s extremely telling when it comes to the Simmons situation.

Simmons is a 25-year-old grown adult man. If simply putting on your team’s uniform and sitting with your teammates is looked at as a challenge that “he could just not get there” then we may be nowhere close to this sad saga taking a turn for the better.

Maybe Simmons’ back did flare up prior to Game 4, or maybe he’s finessing the Brooklyn Nets for a paycheck.