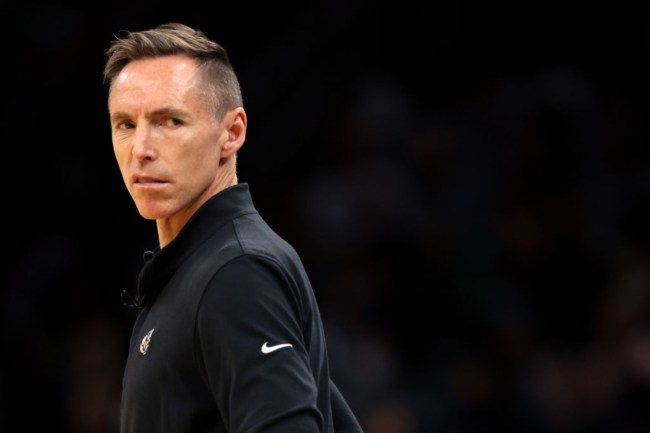 Ben Simmons was supposed to make his Nets debut in Game 4 against the Celtics. The keyword in that previous sentence is ‘supposed.’

Simmons was ruled out for Game 4 on Sunday after waking up with some back soreness.

While the media and NBA fans bought into the idea of Simmons suiting up in Game 4, Brooklyn head coach Steve Nash didn’t. He wasn’t shocked at all by the news of Simmons being ruled out for the must-win game for the Nets.

Steve Nash on Ben Simmons: “I wasn’t really expecting him to play.”

Simmons has not played in an NBA game since June of last year when the Sixers fell to the Hawks in the Eastern Conference Semifinals.

Since then, Simmons has claimed to be dealing with both mental health issues and back problems.

When he arrived in Brooklyn as part of the trade that sent James Harden to Philadelphia, it’s been nothing but more excuses from the former LSU guard.

At the end of the day, Simmons has finessed two different NBA franchises in about a year’s time. Zero minutes played, but plenty of checks with multiple commas still collected.

The NBA world absolutely torched Simmons as soon as he was ruled out for Game 4.

Now, fans are sharing their mixed reactions to Nash’s honest admission of not expecting Simmons to suit up in the first place.

That might be the best way to manager Simmons… just have really low expectations and you won't be disappointed https://t.co/uHaldt73tM

lol this the same dude that said they werent trading james harden? https://t.co/6s9bEh0v1Y

Steve Nash has been eye rolling it the whole time, glad the charade has been put to rest. https://t.co/oGD8SJcINM

Truly incredible how weird this entire situation is https://t.co/SbWbsWLXBm