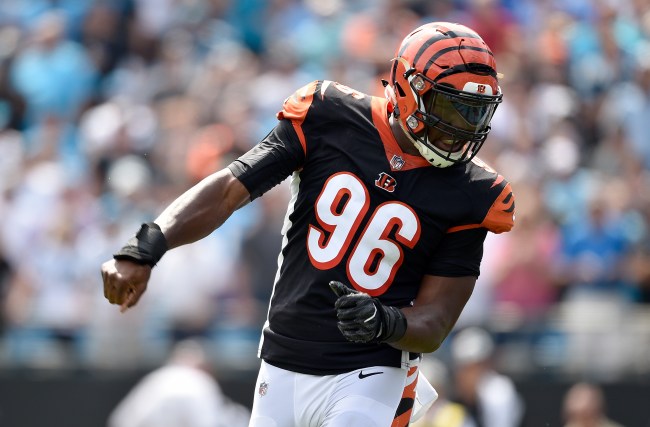 It appears that Carlos Dunlap wants out of Cincinnati.

At the end of today’s Bengals-Browns game, Dunlap could be seen getting a heated argument with one of his coaches on the sideline.

This is Carlos Dunlap arguing with a coach at the end of the game. Appears to be defensive line coach Nick Eason. #Bengals @fox19 pic.twitter.com/5E8cXf1jjK

Immediately after the game was over, Dunlap put his home for sale on social media.

Carlos Dunlap is trying everything to get out of Cincinnati: pic.twitter.com/k2M85dEytY

Earlier this week a disgruntled Dunlap aired his frustrations with the team after posting the team’s edge rotations that showed the Bengals were diminishing his role on defense.

Carlos Dunlap posting the #Bengals edge rotations and airing his frustrations on social (again) another layer of ridiculousness in his ugly situation.

Feels like a good time to drop this column back in here: https://t.co/1d2DOiYDTv pic.twitter.com/MyKfmijp7y

Carlos Dunlap's on the block, and this won't help his trade value. https://t.co/NC5kWWgDCb